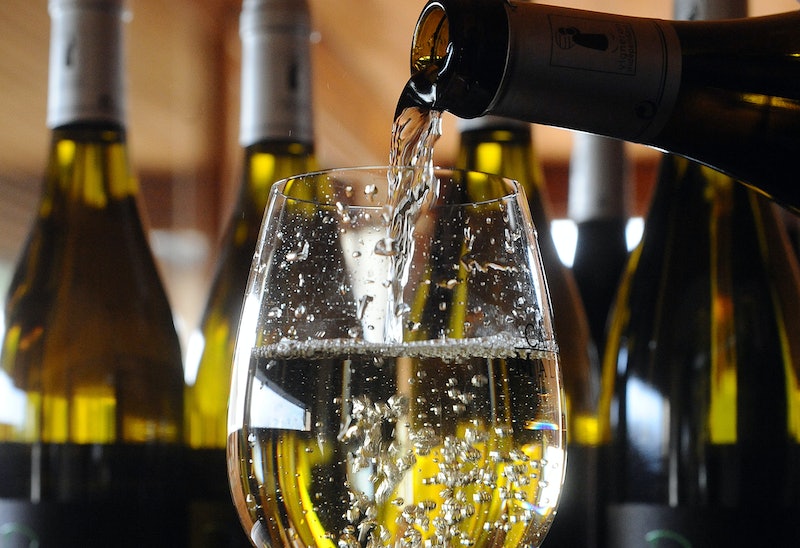 There might be too much of one chemical in your wine glass, at least that's what one class action lawsuit is saying. The Thursday filing claims some winemakers in California misrepresented the levels of arsenic in their wines, according to CBS. Just how much arsenic you ask? A wine laboratory allegedly found levels up to four or five times the max amount allowed by the Environment Protection Agency for drinking water.

There is little federal oversight on how wines are labeled and what information is shared with customers. That's why Kevin Hicks began analyzing wine calories and ingredients through his company BeverageGrades. What he found, CBS reports, shocked him. He alleges that the high levels of arsenic found in some wines often depended on the price of the bottle.

The lower the price of wine on a per-liter basis, the higher the amount of arsenic.

Arsenic is a colorless and odorless chemical that can cause vomiting, abdominal pain, and diarrhea when ingested. Those symptoms can then lead to dehydration and shock. Long-term exposure to arsenic can develop into different types of cancer, cardiovascular diseases, and diabetes. In most serious cases, arsenic poisoning can lead to death.

But before you start pouring gallons of wine down the drain, CBS did its own investigation of the labels named in the lawsuit. Though CBS relied on different vintages, the news show found that arsenic levels were at much lower levels than reported by BeverageGrades. Wine Group's Flip Flop Pinot Grigio, for example, came within federal regulations of arsenic in water. The CBS test, however, did confirm that Trader Joe's popular Two-Buck Chuck White Zinfandel came in at more than twice the acceptable level.