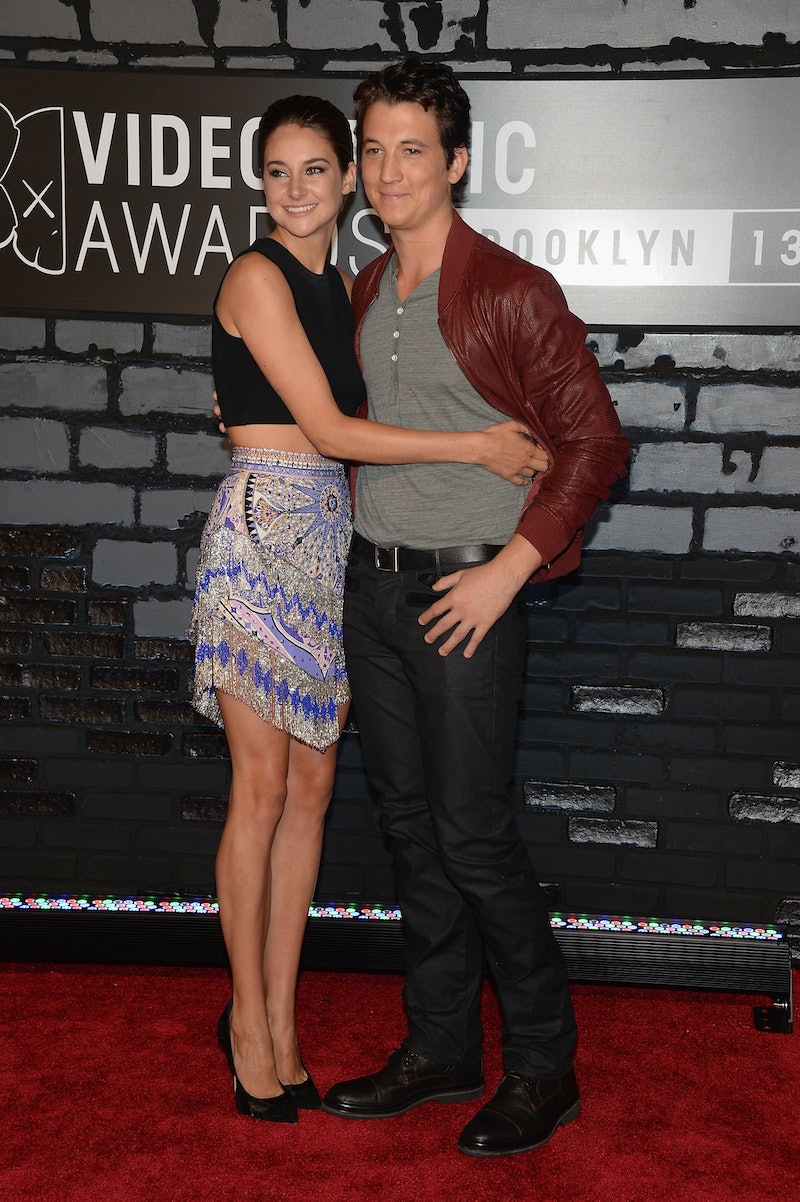 Everyone is pumped to see the new movie Insurgent, and all of the interest in the film has brought on plenty of conversations about the stars of the movie including Shaileine Woodley and Miles Teller. We all know that Teller is blissfully happy with his model girlfriend Keleigh Sperry, so no one is currently wondering about the possibility of Teller and Woodley hooking up. So the real question is, are Woodley and Teller actually friends in real life?

Fame seems like a toughly competitive game, so I would not be surprised if many actors were not really friends. I mean they do act for a living, so it would be easy to feign getting along to avoid negative publicity. You hear about costar tension all the time, so it's hard to know what to believe.

That said, it really does seem like Woodley and Teller are very good friends. I would even say that they are approaching BFF status. They seem to have a genuine relationship where they can be playful and get along. Plus, Insurgent is not the first movie the two have collaborated on. Of course, they were in the first movie in the series, Divergent, and they also stared in the critically acclaimed movie Spectacular Now in 2013.

It's a pretty big claim to make, but I could actually see that one happening. They are both on the rise with loads of critical acclaim and commercial success, plus they are very supportive of each other. They also have quite a few onscreen collaborations already.

As for Teller, he seems to agree with such large friendship goals for the duo. In an interview with The Hollywood Reporter, Teller was asked about another celeb comparison Woodley made when she told W she also sees the two as the next Leonardo DiCaprio and Kate Winslet. Teller responded,

It’s funny, now we’ve both worked with Kate. She was on Insurgent, and I didn’t work with her on Divergent, but I got to know her on Insurgent. Those are two actors who are very, very good, and I thought it was cool that they did a film together with, like, 20 years in between. With Shailene, I would love to work with her once every couple years. We work very similarly, and I think she’s very talented.

That comparison works as well, except that these two aren't spending anywhere near as much time apart. Spectacular Now came out in 2013, Divergent came out in 2014, and Insurgent is a 2015 movie.

Teller has nothing but praise for his continual costar. He spoke to The Hollywood Reporter about how their real-life friendship makes it easier to work together. Teller said, "I knew I'd be comfortable doing any kind of stuff with Shailene" because of all the experiences they've had together. In another instance, Teller told Forbes ,

Shailene and I will have a very long friendship, and I think working-wise it helps because you can be more honest with that person. When I first met Shay and a scene wasn’t working, I couldn’t be like, hey, what’s going on here — what are we doing? But now I feel comfortable to be like, that sucked — let’s do something different.

It seems to me like Shailene Woodley and Miles Teller are not the next Leo and Kate or the next Julia and George. They are unique enough to be the next Shailene and Miles as their own famous friendship pair.