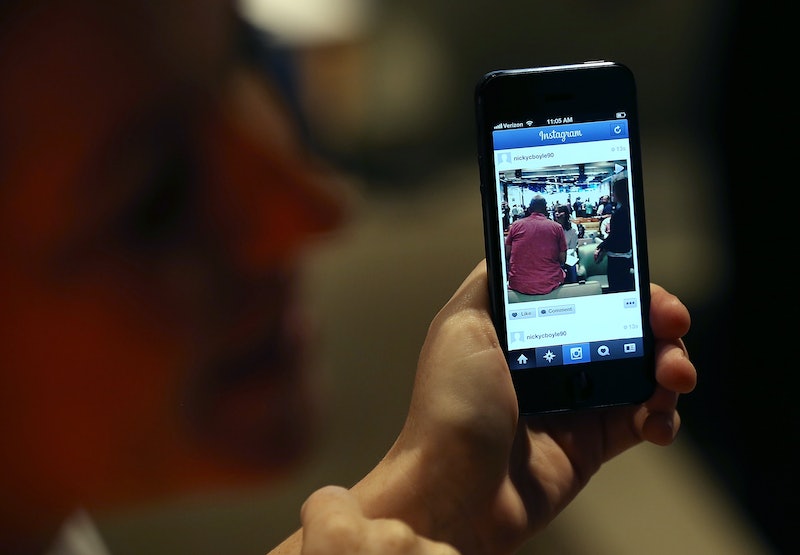 Facebook, you sure know how to pick your moments. In the midst of a firestorm about teenagers' Internet privacy, Mark Zuckerberg and co have decided to nix the setting that wouldn't let adolescents share posts, photographs, and other content with everybody on Facebook — meaning that Facebook's 13-to-17 age group is now freely able to broadcast their information to the world. At the same time, the company has changed the default setting for those teenagers' posts to "Friends," rather than "Friends of Friends." Mark... we're confused.

The odd move certainly comes at a bad time: this week saw the high-profile arrest of a two young "tormentors" of Rebecca Sedwick. Both teen girls were charged with aggravated staking after one of them posted on Facebook Saturday about bullying Sedwick, 12, who killed herself in September. As we reported, Facebook and other social-media platforms ensured Sedwick's bullies could relentlessly taunt her:

Not even a teenager, she'd long faced intense and unrelenting bullying by up to 15 girls, who targeted her physically and mentally ("Are you dead yet?", "Why are you still alive?"read two of the messages) for months. Judging by the suicide cyber-notes she left, most of [Sedwick's] friends were made online. Her mother contacted Sedwick's school and authorities changed Sedwick's class schedule, to no avail. Her mother eventually pulled Sedwick out of school, but the bullying didn't stop.

Though the move is packaged as increasing the "civic engagement" of its young users, it's most likely a business decision. Advertisers want to target teenagers for specific products, and when a teenagers' information was strictly behind bars, they didn't have the access that they're used to with Facebook's other users — ethnicity, hobbies, gender, hometown, favorite books and movies, relationship status, you name it. All of that information is used to whittle down a myriad of buyable products, and makes it easier advertise to teenagers the ones that they might really be interested in. At the moment, companies are probably just blindly advertising "One Direction: This Is Us" at everybody between 13 and 17.

Teens are among the savviest people using social media, and whether it comes to civic engagement, activism, or their thoughts on a new movie, they want to be heard. So, starting today, people aged 13 through 17 will also have the choice to post publicly on Facebook. While only a small fraction of teens using Facebook might choose to post publicly, this update now gives them the choice to share more broadly, just like on other social media services.

Sharing more broadly? Well, what could wrong with that?

Um, a lot. As policymakers in Britain have pointed out, where they're cutting down on explicit Web content, having all your personal information readily available makes young children more susceptible to being "groomed" by pedophiles. Additionally, if your statuses are public, everything you intend to share with your friends is public information and can be used against you, for example in a court of law. California governor Jerry Brown just signed into law an option to erase all online "indiscretions" during one's teenage years, and Europe's lawmakers are preparing a law that would increase the privacy controls of the continent's Internet users.

But perhaps there is a silver living here.

Take the issue of cyber-bullying, which as we noted Wednesday is a problem without an easy answer — programs seem ineffective; parents can't control their children's gadgets — and federal attempts to cut down on it have been generally unsuccessful, because it's impossible to legally go through kids' private messages and social-media postings for evidence of bullying.

But numerous courts have ruled that cyber-anonymity can be stripped down when criminal charges are brought. In some of those cases, such as that of a woman in Georgia last year who was cyber-bullied, Facebook has been forced to hand over the perpetrator's information. Another federal court has ruled that Facebook posts are admissible as evidence in courts. If those same rules were to apply to teenagers' posts, it would be easy and legal to sift through their public updates for evidence of cyber-bullying — for example, a series of cruel messages aimed at a single person. Therefore, the update could, theoretically at least, be a means to tackle cyber-bullying.

The new privacy changes could lead to some added ammunition for plaintiffs and prosecutors in harassment and stalking cases... In most states "cyber-bullying" is not a separate criminal offense, so the offensive conduct would need to qualify under the state stalking or harassment statutes.

Also of note: Courts are not making admissibility decisions on the basis of whether social media posts are private or public. There have been cases where prosecutors gained access to Facebook profiles through their friends' accounts and such evidence has been deemed admissible. Therefore, I don't expect the new privacy settings to have a big impact outside of simply making evidence easier to obtain.

More likely, the new change to privacy settings could result in less serious, but still negative, consequences. Teenagers, particularly young teenagers, are notorious for their poor and split-second judgment, and studies indicate that the part of their brain that understands consequences isn't as developed. Posting half-naked photos, for example, is not only embarrassing to reflect on later in life, but can be seen by literally anybody who cares to look — seen, saved, shared, and swapped from person to person for as long as they choose.

But advertisers have their pick of big online brands like Twitter, Google, and Facebook at the moment, and each company is keen to seem as appealing as possible for advertisers. Facebook is a business, after all, and expanding public search to teenagers is a savvy business move. And it's not like Twitter and Instagram have better privacy settings for adolescents than Facebook — the difference is that Facebook implemented the setting as a means to protect adolescents, and is now essentially putting its investors before its users.