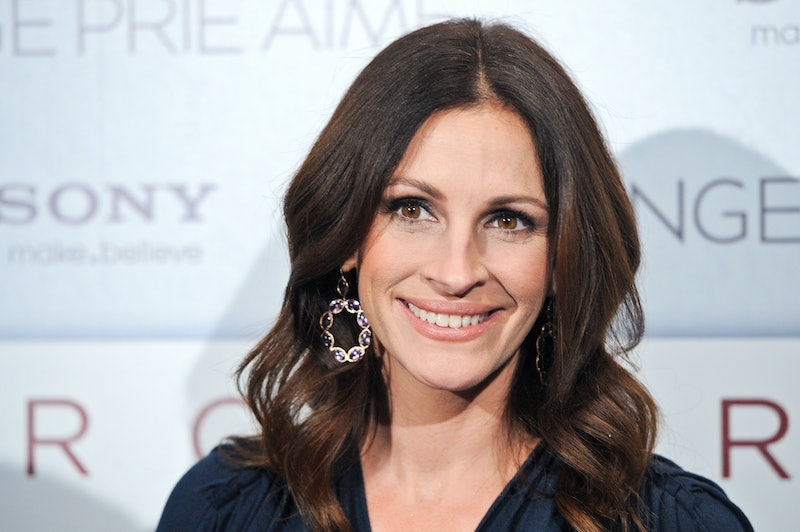 The classic 1990 movie Pretty Woman is known for a lot of things: Launching actress Julia Roberts into the role of America's sweetheart, starting the trend of "hookers with a heart of gold," and creating the inspiration for a ton of parodies. Pretty Woman is turning 25 years old and has been the butt of jokes and parodies in all the years since its release — and it's all super hilarious, of course. I mean, I'm talking about a classic rom-com Cinderella story in which Richard Gere's wealthy gentleman Edward falls in love with a Los Angeles hooker named Vivian, played by Roberts. While the movie itself is a 90s treasure, the parodies of it are even more amazing.

It's so easy to mock Pretty Woman, but it remains the top grossing romantic comedy, raking in more than $463 million globally. This — of course — kicked off the 90s golden era of the rom-com, where boy and girl met cute and hilarity ensued, but true love won out in the end. And this would usually include several iconic moments in between, such as Vivian's Pretty Woman shopping spree where she gets back at judgmental shop clerks, the necklace scene with Gere and Robert's famous laugh, and so much more.

Those scenes have become such classics that it's no wonder they've endured in spoofs. After all, imitation is the sincerest form of flattery, or so they say. Here are five of the funniest Pretty Woman parodies.

Dave Chappelle shows us what Vivian and Edward's relationship really would've been like in reality in during his Comedy Central series.

The flighty blonde duo (played by Lisa Kudrow and Mira Sorvino) start off the above clip by mocking Vivian's failed shopping trip, but then Kudrow has a change of heart.

In this 1994 comedy, Harry (Jeff Daniels) and Lloyd (Jim Carrey) undergo a makeover to Roy Orbison's song "Pretty Woman," and the montage spoofs Roberts' makeover in Pretty Woman — along with all other movie makeovers ever.

If you haven't seen the 1999 teen rom-com, Freddie Prinze, Jr. plays a jock who makes a bet to makeover an outcast (Racheal Leigh Cook) and turn her into prom queen. Here, Cook sums up the entire plot of the movie in one line — and by referencing Pretty Woman.

In the Season 1 finale titled "Black Tie," Liz Lemon (Tina Fey) and Jack Donaghy (Alec Baldwin) get all dressed up. Jack even brings Liz a gorgeous necklace in a case — and Jack snaps it shut on Liz's hand, a la Edward and Vivian in Pretty Woman's famous necklace scene.

Except Liz yelps in pain. "That really hurt my hand," she yells at Jack. "Who does that?"

Perhaps Liz isn't the biggest Pretty Woman fan. Or maybe a necklace case snapping shut on your hand really does hurt a lot.