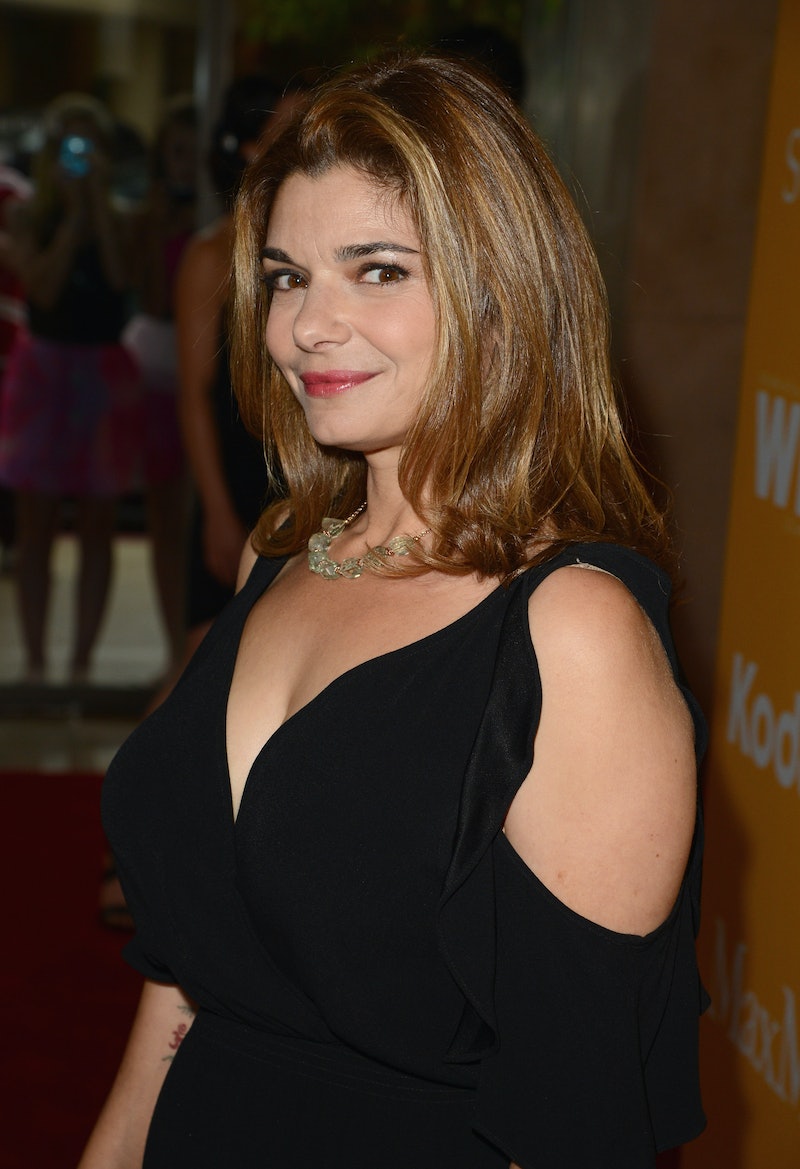 Pretty Woman is pretty famous for launching Julia Roberts into superstardom and for reviving Richard Gere's career, which stalled in the 1980s. But there are other famous faces that appear in the 1991 classic — actress Laura San Giacomo plays Kit De Luca, best friend and fellow hooker to Roberts' Vivian. The rom-com has reached its 25th anniversary, I have to wonder what happened to Kit? Vivian's BFF was also a hooker with a heart of gold, but Vivian nabbed the rich guy. San Giacomo, however, went on to have a very successful career in television.

To refresh your memory, Kit's the one who says that Vivian is living like "Cinder-f-cking-rella" with Gere's wealthy Edward, thus summing up the essence that is the movie Pretty Woman. Kit's got a lot of street smarts, so I'd like to think at some point she found her own sugar daddy — it's the movies, where dreams come true. If this were real life, I can't imagine that the mean streets of 1990 Los Angeles were too kind to the quirky Kit. It was a time fraught with sexual tensions (the AIDS epidemic), racial tensions (the 1992 riots), and seismic tension right before the powerful 1994 Northridge earthquake.

Here's what I think happened to Kit — happy and sad versions — plus what's come of San Giacomo in the real world.

Today — in this happy version — Kit and her smarmy but rich hubby live in Santa Monica with their three daughters. And you know Kit's gonna teach them how to handle themselves.

I didn't want to go here, but I guess I have to. After losing touch with Vivian, Kit takes it hard. She turns to drugs more than ever and gets hooked on heroin. This isn't very attractive to her clients, so her business suffers and thus she once again can't pay back her dealer. They get into a fight and he beats her pretty badly, causing her to be taken to the Emergency Room. The ER doc treating her decides to test her blood, knowing she's a prostitute and bingo — it turns out she's HIV positive.

Without the means to pay for more drugs, Kit develops full-blown AIDS and dies in 1997. Vivian and Edward call their newborn daughter Kit in her honor.

San Giacomo has had quite a television career since Pretty Woman. The 52-year-old actress starred in the NBC sitcom Just Shoot Me! from 1997 until 2003. She also appeared in Veronica Mars, Hot in Cleveland, and In Plain Sight. Most recently, San Giacomo played Holly Hunter's best friend Rhetta in Saving Grace.