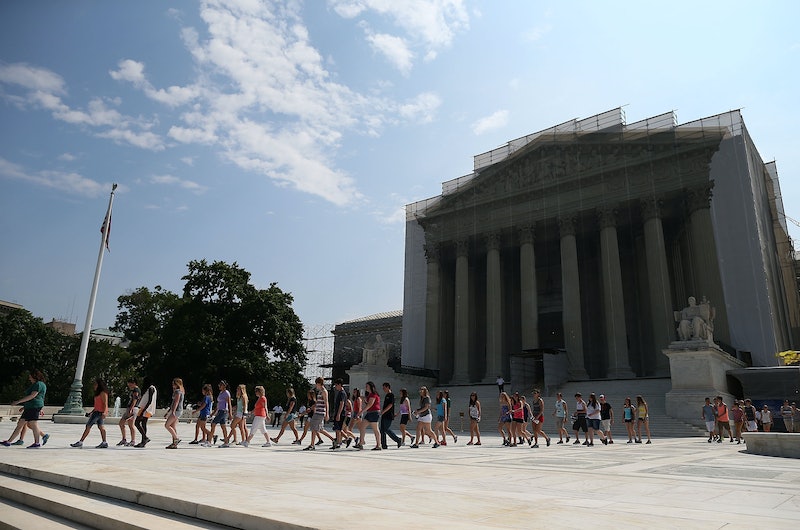 In a 6-2 decision Thursday, the Supreme Court ruled that a law requiring private health organizations to pledge opposition to prostitution in order to receive government funding is against the First Amendment, and therefore illegal.

The policy in question was passed in 2003 under President George W. Bush, and was called the President's Emergency Plan for AIDS Relief, or PEPFAR. PEPFAR contains language that requires organizations who receive funding to adopt a policy "explicitly opposing prostitution and sex trafficking," and applies not only to international organizations, but also to organizations based in the United States. The organization that originally filed a complaint about the pledge was Alliance for Open Society International (AOSI), who argued the pledge forced AIDS groups to publically oppose one of the at-risk populations they seek to serve.

Those in support of the pledge might think the Court's decision today will hurt women's health. But considering many non-profit organizations who seek to serve and protect women actually support legalizing prostitution, this decision may actually be a win for women around the world.

Recent research published by the Journal of the International AIDS Society shows that since PEPFAR's implementation of the anti-prostitution pledge, "funding restrictions have reduced or eliminated access to services," drop-in centres have closed, and sex workers (overwhelmingly women) have been denied clinic services.