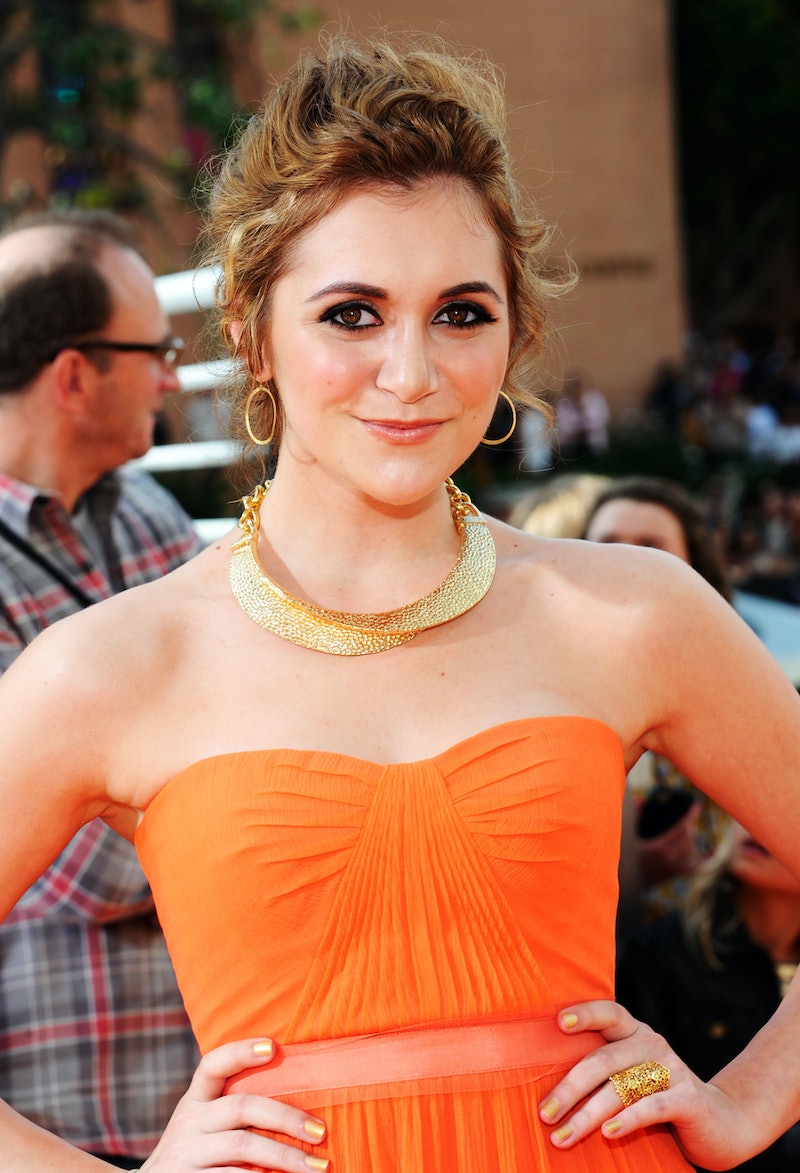 "I've been living and breathing different forms of art my entire life, and each represent a different side of me," says Alyson Stoner of her already impressive career. Though you may not recognize her name, you should recognize her face. Stoner had roles in several Missy Elliott music videos, a starring role on Disney Channel's Mike's Super Short Show, and a bunk next to Demi Lovato's in Camp Rock. The now 21-year-old is still a triple threat today, starring in the Lifetime movie Sugar Babies, releasing new music, and appearing in an epic Missy Elliott tribute video. But Stoner wouldn't be where she is today if it wasn't for her unique Hollywood background.

"Because I often played [a] sidekick...I had more freedom to go do other jobs like Cheaper By the Dozen or Step Up," Stoner says of her experience acting in Disney Channel shows a kid. "They provided a healthy, wholesome environment to do family-friendly content that I could be proud of while also not limiting me."

However, that doesn't mean growing up in the spotlight made for a totally positive experience. "Socially, it's a very biased experience as a child, when people know who you are but you don't yet know them. That can form a certain identity, which is why the demands that people put on their bodies and the pressure to conform to an image can lead to a lot of chaos," she says.

"I was homeschooled for most of it, so going to any hangouts with friends for a while set me up with panic attacks, because I was so unfamiliar with being in a public place without performing," she explains of her personal childhood struggles. "There are a lot of tremendous setbacks, just like there are really beautiful gifts [that come with] being in an extreme environment in the industry. I think the thing that saved me was my faith and my family."

Stoner still works in the entertainment industry, as both an actor and singer, starring in the Lifetime movie Sugar Babies. "No matter what character I'm portraying, it still feels like a safe escape for an introvert," she says of her acting career. "I think that's one of the reasons why dancing and singing have been inherently harder for me to grow in, because that takes personal vulnerability, which, as an introvert, I want to hide."

But that hasn't stopped her from continuing to pursue her passion for music. Stoner has a new song called "Pretty Girls" for the movie, which contains an important message. "'Pretty Girls' is essentially about the power of beauty in our culture, and how women are taught at an early age to use their looks and beauty to manipulate and to be successful and to get what they want," she says. "It's sort of a dirty, mysterious track, but the message has social impact."

You can check out Stoner's new music video for "Pretty Girls" below, and rest assured, it won't be the last time you see her. "I would love, in however many years it takes, to travel around the world and headline a tour," she says. "In acting, I'd love to take on a very serious role that really pushes me to my wit's end...Really just growing as a human being and getting to serve people with my gift is important to me."