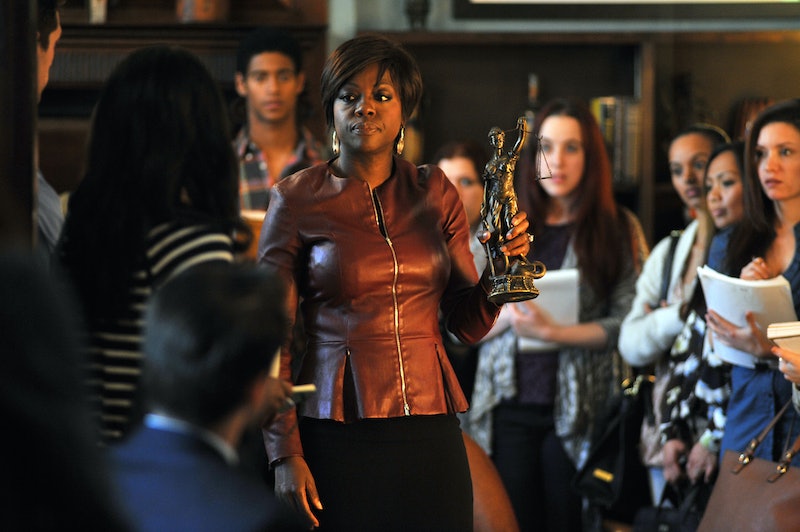 We all hope it never happens, but there are times in life when you might need to get legal help. Maybe you need a lawyer for a divorce, maybe you were in an accident, or maybe you were fired or not hired unfairly. Either way, facing the judicial system alone is scary, and often an uphill battle — especially when the other side has counsel. Going to court is very much like going to a foreign country where you don’t know the language or the customs, and this ignorance might have serious consequences for you, your wallet, and your family. In other words, it’s dangerous to go in alone.

But if you’ve decided you need a lawyer, but how do you pick the right one? When you find yourself staring in panic at the empty google search box, there are a lot of different ways to go. Most people start with their state's local bar association, which will refer you to a lawyer in the correct field, but that’s pretty much the same as opening up the phone book and pointing at random, or, if you live in this century, just googling “divorce lawyer” in your city. Most of these people in either case pay for referrals or use search engine optimization to have their name used or listed first, which is not an indicator of quality.

Instead of taking that chance, it’s better to be a bit more through in your search for that special legal someone. As an attorney, here's my advice.

How To Find A Lawyer

You wouldn’t just randomly chose a restaurant, so why would you randomly pick a lawyer? There are lots of resources online the amalgamate reviews and comments on professionals, legal and otherwise.

Yelp has a category for lawyers, but it’s not extremely through. A better resource for finding an attorney is the website Avvo. Avvo automatically adds every lawyer in a state to its listings, and it’s up to the lawyer to update their page and information. Like Yelp, Avvo allows clients to leave comments and reviews. It does tend to attract unhappy customers (because angry people just seem to have more to say) so keep that in mind. Don’t be dissuaded by a single negative review, but also consider it carefully.

It’s also a good strategy to ask friends for referrals. In my legal experience, more than half of clients come from referrals from former clients. Statistically, someone you know has probably had to use a lawyer in the past, so put the word out that you’re looking for someone. Oftentimes, the people you know are going to give you better advice than strangers you don’t.

What To Know Before Your Consultation

Here’s where things get hard. Once you have a few names and numbers you’ll want to call and set up consultations with these legal eagles. Often consultations are not free, because a lawyer’s time is their money. What this means for you is that, in order to find someone right, you may have to shell out more than one consult fee, which can be any where from $35 to well over $100. Even though this may be a bummer, it’s completely worth it — if you keep a few things in mind.

Try To Keep A Clear Head

Very often, I’ve seen clients sign with an attorney simply because this is the first competent legal person they’ve met. The first meeting with a lawyer can be intoxicating — finally, a person who knows what to do about your problem who is sincerely listening to you! But remember, they are listening because they are being paid — not because they are your new best friend. And if they’ve passed the bar they should know the answers to all your questions.

You’ll never know the differences between attorneys if you only ever meet with one. Even if the first meeting is great, it’s still good practice to just try another so you have something to compare. A lawyer should never begrudge you this, and if they are mad at you for wanting to shop around, they may not be the right fit.

What To Look For When You're Picking A Lawyer

There are a few ways you can tell from a consultation if your lawyer is ethical, competent, and good with clients.

Are They Explaining Their Role?

If the lawyer is good, the first thing they should do in their consultation with you is explain the consultation itself — they should cover the fact that they’re not your attorney until you sign a contract with them. They should explain that what you tell them is confidential, but they should also explain factors that might destroy that confidentiality (for example, if you bring a friend along, the attorney-client privilege that keeps an attorney from testifying against you in court goes poof!).

After getting these formalities out of the way, the next thing a lawyer should do is LISTEN. A lot of attorneys are talky types — we can’t help it. But no one can solve your case if they don’t know the facts first. If a lawyer starts talking over you and offering solutions and tactics before you’ve even finished your side. Especially for women, if a lawyer starts mansplaining to you, be wary.

Are They Good At Translating Legalese?

Another thing the lawyer should do is explain themselves and the process. They should tell you their qualifications and experience, but not necessarily talk themselves up. Some lawyers just like to hear themselves talk and will start spouting legalese at the drop of a hat. That may be impressive, but it doesn’t help you. In fact, all those terms and statutes and citations might just confuse you. A good advocate will take time to explain things to you in human terms that you can understand.

Once you’ve talked to some attorneys and had a chance to compare styles and see how you click, you’ll be ready to sign a fee agreement.

A fee agreement is a legal contract and you should read it carefully. Before you sign it the lawyer should carefully explain it to you, especially the billing aspects. Remember that lawyers often have minimum billing in contracts — like always charging .3 hours for a letter not matter how fast they write it — and it's important to know those before getting a nasty surprise on your bill. No lawyer should balk at explaining anything to you.

Once you've signed, it's still always important to remember that you have hired the lawyer — they have not hired you. They should always be willing to communicate with you ad should never bully, avoid, or dismiss you and your concerns. Remember, this is your advocate, and they should stay on your side.