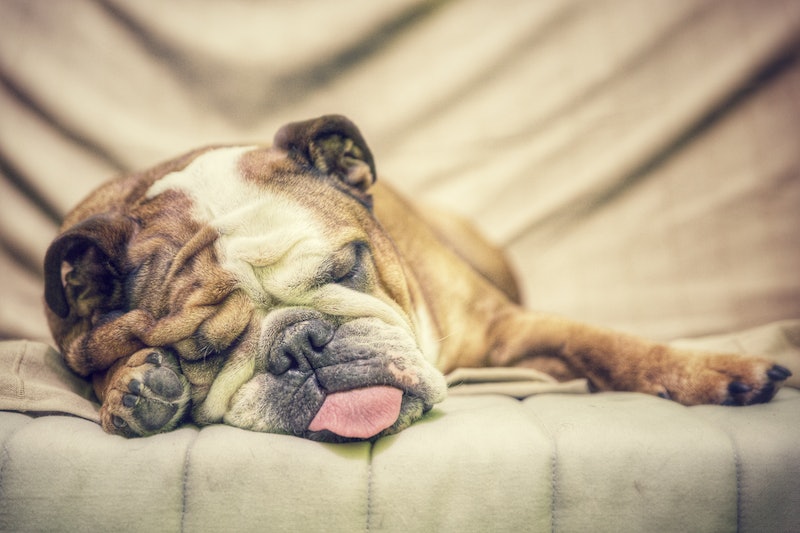 When I was in college, my roommate and I had an ongoing debate on the subject of napping; she claimed that pulling all-nighters was more effective than taking breaks for sleeping when you're cramming 48 hours before a test, while I argued that a girl can't keep up a 4.0 GPA on energy drinks and Pop-Tarts alone. That's why I'm excited to say that I have officially won the debate, because according to a recent study, power naps boost your memory. TOLD YA, MAYA.Ahem. Moving on. In the study, researchers at Saarland University asked 41 participants to learn word pairs and single words, Science Daily reports. After being tested to see how much they retained from the learning phase, they were either allowed to take a quick nap or watch a DVD. (Side note: where were all these studies when I was a psychology undergrad? Napping sounds way more fun than all the surveys they made us do.) Once they woke up or the DVD finished, participants' recall was tested one last time, and the results were pretty clear. Volunteers who took a nap had better recall after sleeping than the control group, a.k.a. the DVD watchers. Does this mean all those times you took impromptu naps in high school are justified? I'm not saying yes (pay attention in school, kids), but... you could totally make a case here. I mean, would they rather deal with your cranky, sleep-deprived self?

It's important to note, though, that memory didn't improve after a nap; participants' recall stayed the same after sleeping. That sounds pretty insignificant, but the control group's recall was actually significantly worse after watching the DVD. Napping didn't suddenly turn people into geniuses, but it did allow them to maintain their recall when it would have otherwise deteriorated.

The study was relatively small, but it supports previous research on napping. The subject has been studied extensively in the past few decades, and the consensus seems to be that it's pretty much the best thing ever. Not only does it improve learning and creativity, but there's even evidence that it benefits your immune system.The reverse is true as well. Numerous studies have shown that sleep deprivation is one of the worst things for your body, especially if it's chronic. For instance, a study back in 2007 found that not only does sleep deprivation affect cognitive function in the present, but it also messes with long-term memory decision making. A different study from Seminars in Neurology wrote that sleep deprivation comes with "significant social, financial, and human cost." It can even affect your eating habits! And people wonder why I spend 90 percent of my free time napping.

One of the important things about naps, though, is to plan them, because nobody likes that fuzzy feeling when you accidentally sleep for three hours in the middle of the day (oops). According to the National Sleep Foundation, the best length is 20 to 30 minutes for "short-term alertness," although getting any sleep is better than nothing.

So next time you have two days to cram an entire semester's worth of knowledge into your overstuffed brain, be sure to take breaks for a nap every now and then! It'll help you actually retain what you've been frantically reading over and over again. Plus, it's totally an excuse to study from bed, and who doesn't love that?