If we're to believe the words that constantly came out of her mouth this season, Vanderpump Rules star Scheana Marie-Shay paid for her wedding on her "waitress salary" from SUR. But how much would you need to earn to afford the cost of Scheana and Shay's Vanderpump Rules wedding? According to Scheana's little tea party with Lisa on the show before her wedding, the entire affair ended up costing ninety thousand dollars. And I think it's pretty clear that even if Scheana was living off of only a few thousand dollars a year, that she didn't pay for that incredibly lavish wedding on just the money she was taking home from waitressing. But let's break it down anyway.

According to job site Indeed, which gathers salary reports around the country, the average high-end waitress salary in California is $19,000. Waiters generally take home a lot of money in tips in addition to their salary, so that would at least double that yearly figure. And Scheana is one of the more famous waitresses in America (plus, she does seem pretty good at her job, compared to her coworkers), so she probably takes home a little more tips than average. And on "The Richest," a site that may or may not be accurate and that collects data on the net worth of famous people, Scheana is worth around $50,000. We'll have to take that with a grain of salt, but by my crude calculations, it adds up.

That means that if somehow she scrimped and saved all year, she probably could afford to pay for the original wedding quote of thirty grand. But when that tripled, there's no way that she was paying for that with her waitress salary alone. Thankfully for Scheana, there are a few other ways for her to finance an almost 100k wedding.

Bravo does pay its cast members. I'm sure if they had their way, the VR cast would stay broke waiters and waitresses forever, but when TMZ claimed that the cast only makes five thousand per episode, Scheana and Lisa Vanderpump took to Twitter to claim that their real salary was much higher. She didn't describe how much higher, but that's certainly one way to chip away at those costs.

This is different than the salary — this is the stuff that Bravo pays for upfront. For example, even though they add little scenes where the Real Housewives come up with the idea for their season trip, any wise fan knows that Bravo is the one paying for the vacation. In the same way, when Scheana and Mike agreed to let their wedding be a part of the show, I'd bet a legion of bridal crop tops that Bravo assisted in making the wedding as lavish as it was. I admit, there's no one out there actually claiming that Bravo paid for the wedding, but I highly doubt they didn't, you know, up the production value.

She does technically have a few albums out on iTunes and I'm sure it doesn't hurt to be a recognizable reality star. More people have probably clicked "buy" out of curiosity now than Scheana was on Vanderpump. Being a reality star pays for itself sometimes. 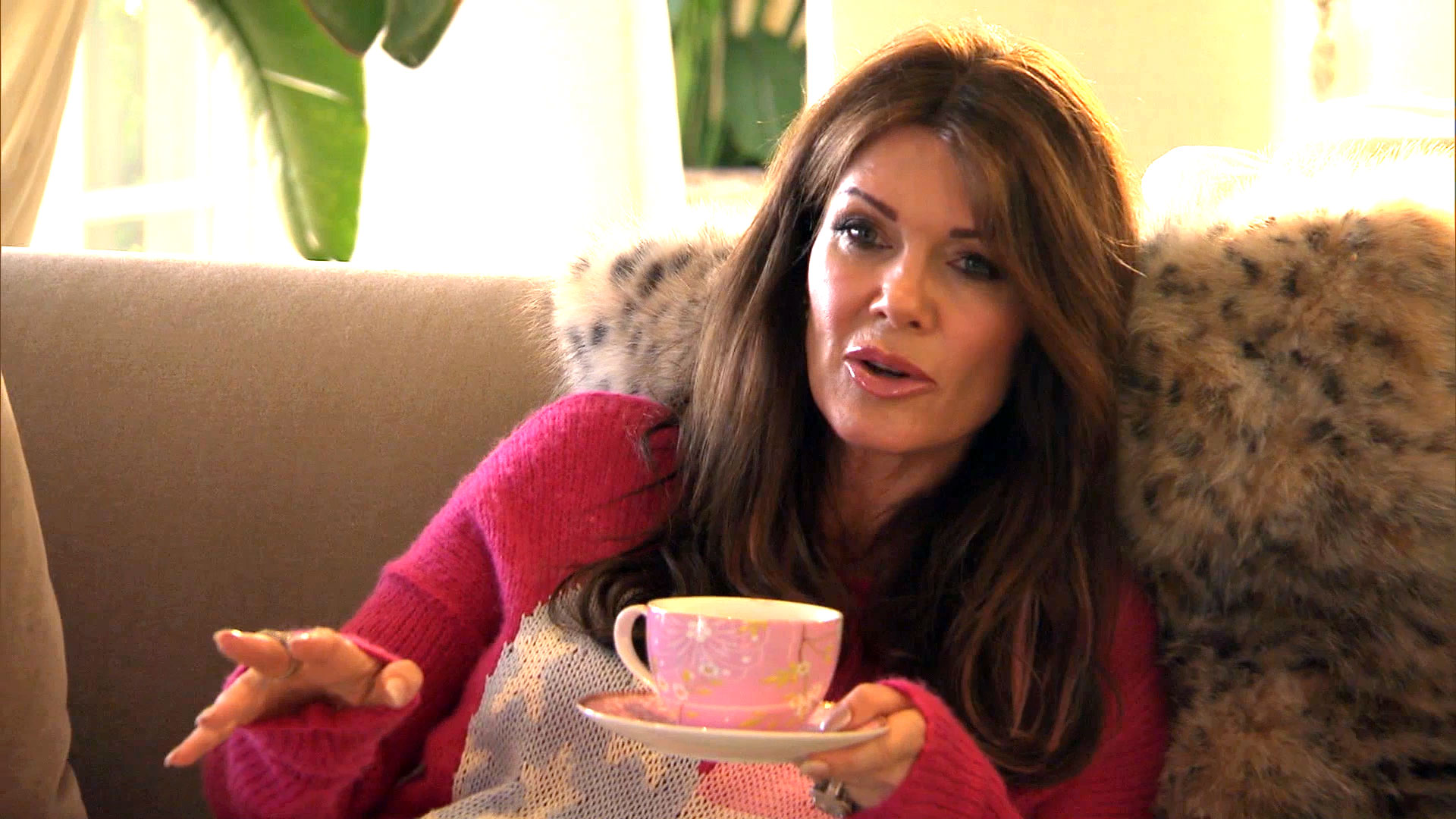 In her meeting with Lisa (excerpted above), Scheana mentioned a court case that had also helped her pay for the wedding. The costs were so high that this must be one hell of a settlement. Again, Scheana didn't broadcast the state of her finances all over town, but she has mentioned that she suffered a pretty serious slip-and-fall injury while with Stassi back in 2013. In her Bravo blog, she explained that her front teeth were totally knocked out, and she suffered an infection. She could have netted a pretty sizable sum of money from that injury to cover her medical bills and emotional damages.

Was it enough to cover a $90k wedding? Who knows. But the parties were eventful, the ceremony beautiful, and the reception wildly entertaining, and that's what really matters, right?