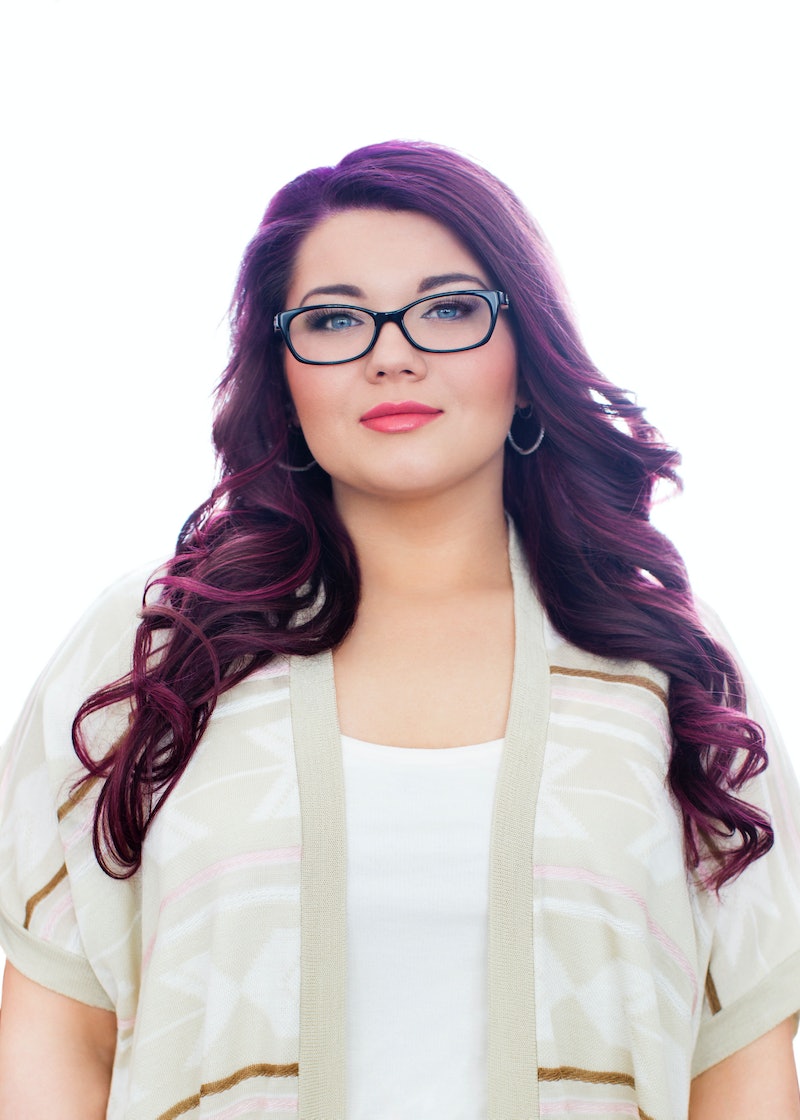 Amber Portwood was once one of the more troubled cast members on Teen Mom. But now that it's been six years since she had her daughter, Leah, what is Amber Portwood up to? The new Teen Mom OG series will catch up with the original cast in their new lives. While all of the ladies are no longer teens, it seems some had easier transitions into their 20s than others. Amber initially had something of a hard time, but now has started to get her life back on track. According to an interview she recently gave to People, Amber is doing better now than she has in years.

As People explains, back in 2011, Amber chose to go to jail for a longer sentence rather than attend a rehab program, which, while seemingly a strange decision, seems to have worked out for her. Her arrest for alleged drug possession came after another arrest for alleged domestic violence against her ex-boyfriend and Leah's father, Gary Shirley. Amber obtained her GED while incarcerated and is now attempting to find a college program. She's officially a high school graduate, and was released four years early for her good behavior and completed drug programs. Now, she's totally clean.

To People, she explained her history in prison and how she was able to see it as an opportunity. "There were hundreds of hours of drug addiction classes. I did extra classes, parenting and anger management and even started teaching," she said. Instead of dealing with addiction, now Amber's sights are on a whole new life. She may even end up helping other people overcome their addictions, and has already written a book, Never Too Late , about her experiences and how she's come to realize that "it's never too late to get back up and change the future," according to the book's summary.

Her personal life is now filled with her daughter, Leah, and her exposure to Shirley is limited exclusively to parenting arrangements. She talked up how "over" their relationship she is in the trailer for Teen Mom OG, but then seconds later, admits that she may be slightly jealous of Shirley's girlfriend Kristina, who was pregnant during the filming of the season.

But there's no reason for Amber to get jealous, because she's in a new relationship of her own with Matt Baier, a poker player who recently moved to Indiana to get engaged to Amber. So far, the two are still together, and it seems like the final piece in Amber's new life in this new season. All you have to do is watch MTV's compilation of Amber from seasons past to realize how far she's come since then. It looks and sounds like she's grown up far beyond her 24 years, and is ready to be a mom, a girlfriend, and employee. It's great to see that after four seasons of rooting for her during Teen Mom, things are finally turning around for Amber Portwood.

More like this
RHOP’s Robyn Dixon Explained Why Juan Paid For Another Woman's Hotel Room
By Brad Witter
Every Season Of 'Love Island' Ranked Best To Worst
By Alice Broster, Frances Stewart and Sophie McEvoy
Pamela Anderson’s Dating & Marriage History Could Be Its Own TV Series
By Jake Viswanath
Meghan Trainor & Daryl Sabara Are Expecting Their Second Baby
By Jake Viswanath
Get Even More From Bustle — Sign Up For The Newsletter
From hair trends to relationship advice, our daily newsletter has everything you need to sound like a person who’s on TikTok, even if you aren’t.