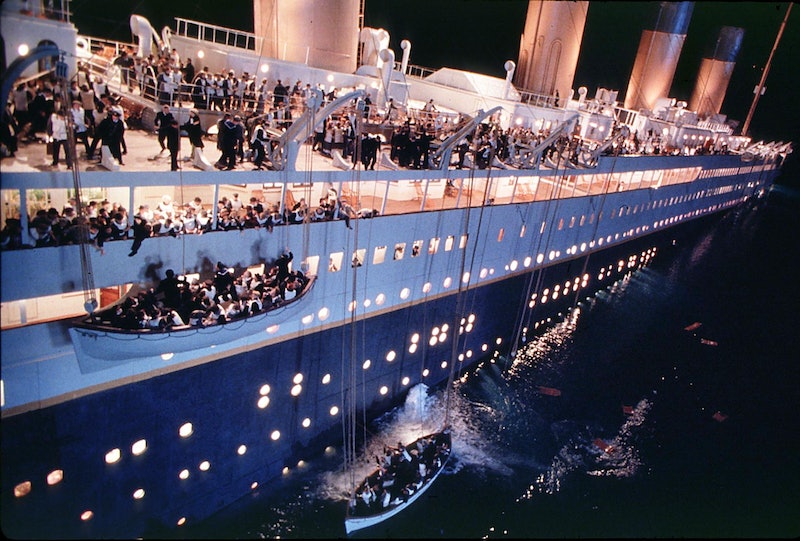 Here’s that Titanic video game you’ve all been clamoring for (and, no, it’s not a game that lets you simulate all of the ways that Jack and Rose could totally have both fit on the raft. If ONLY). A team of independent game developers has recently set up an Indiegogo account to raise funds for the next stage of their first-person RPG, set during the ill-fated five-day journey of the RMS Titanic, which famously sank after hitting an iceberg on April 15, 1912. Players will take on the role of the fictional Mr. Robert Morgan, a man falsely accused of murder. He follows the actual killer onto the ship, and tries to bring him to justice before facing the bigger disaster that would lead to the deaths of 1,500 of the Titanic’s 2,200 passengers. The game will feature a detailed model of every room aboard the Titanic, as well as (if funding allows) the port city of Southhampton.

I have mixed feelings about this. On the one hand, many aspects of this project seem potentially cool. The idea of being able to virtually explore a fully realized model of the Titanic, as well as Southhampton, is a compelling one. One of the game modes allows players to simply wander the ship and city at length, and—if the finished game is as well researched as the creators say it will be—this feature would be exciting for both Titanic enthusiasts and history buffs, offering a unique way to understanding what life in 1912 might have been like. The sample images featured in the pitch for the game are impressive; just take a gander at some of these gorgeous interiors:

Furthermore, the game’s creators suggest that the game will highlight passengers who have tended to be overlooked in films. When finished, the game would allow players to interact with travelers like Masabumi Hisono, the only Japanese person aboard the ship, and Joseph Laroche, one of the Titanic’s few black passengers. Thus, if successful, the game could give players a more multifaceted, diverse view of the ship and its passengers than what has typically been popularized in film and other media.

On the other hand, I worry about the ethics of making a game out of a real historical event in which 1,500 people died horribly. The creators suggest that they want to portray the disaster as respectfully as possible, but, by making the loss of the Titanic into the backdrop for an exciting “murder mystery,” they risk trivializing the real tragedy. Even the title—“Honor and Glory”—strikes me as problematic: Where is the glory here? The sinking of the Titanic wasn’t a battle; People weren’t “fighting the good fight.” It was a horrifying catastrophe caused by poor planning, overconfidence, and terrible, terrible luck. Yes, the Titanic sank more than a century ago, but think about this kind of game within a contemporary context: Would we be as blasé about this if it were a game about Malaysia Airlines Flight 370? (What am I saying; Someone is probably totally making a game about that already.)

Of course, we can’t know how the game will handle the tragedy until it actually comes out. Here’s hoping that its makers put as much effort into sensitively portraying the Titanic’s history as they are into simulating its physical structure. Check out the trailer and pitch: