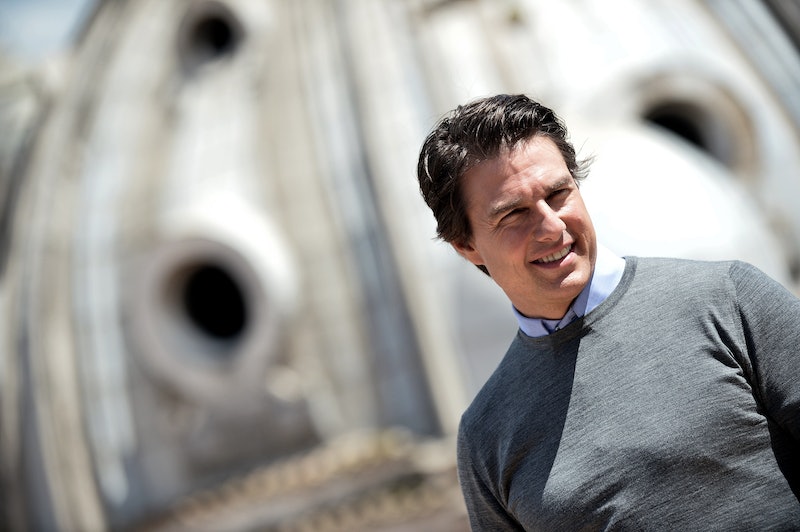 First of all, we should address the title of this post — yes, there is a new Mission: Impossible movie, and yes, 52-year old Tom Cruise is still in the lead role as Ethan Hunt. What a world. But anyway, this new film in the franchise comes out July 30, and according to the trailer that just dropped today, they're really trying to convince us that Cruise still has it, because the stunts they're pulling are out of control. And I mean actual stunts, like being strapped to the side of an airplane as it takes off and lands. Something that Tom Cruise ACTUALLY DID FOR THIS MOVIE. Not even a joke, you guys. We all already knew he does his own stunts, right? That's not news to anyone? I just didn't realize he also had a death wish. Which I'm pretty sure is the only explanation for allowing your frail human body (no shade to him, we are all of us frail compared to a jumbo jet) to be strapped to the outside of a great sky bird as it ascends. But let's let Cruise explain it for himself. Here's what he told Yahoo Movies:

I knew I wanted to have an airplane sequence. I’ve been thinking about it for a long time. As a kid I remember flying on an airplane and thinking: ‘what would it be like out on the wing or on the side of the airplane?!’

Only difference is, most kids go on to lead normal, boring lives where they never venture out of the relative safety of the inside of an airplane. Director Christopher McQuarrie says this came about because they needed to raise the bar from the skyscraper stunts in the last film, Ghost Protocol, and an airplane was the next logical step:

So we came up with two incredibly physically punishing things for Tom to do and we ended up using both in the film. The first is the Airbus A400M scene, the second has only been fleetingly alluded to in the trailer. While searching for different locations, the production designer James Bissell bought me a model of this Airbus airplane and presented it as something we could use in the movie. I suggested to Tom ‘what if you were on the outside of this thing when it took off’. I meant it as sort of a half joke, but he said back to me: ‘yeah I could do that!’

OF COURSE HE DID. My stomach was flip-flopping before I even absorbed the true meaning of what a stunt like this would entail, but of course Cruise was immediately on board, so they immediately started trying to figure out what to do about the two main potential issues — "particles on the runway and bird strikes" — and just so many more after that.

I also was testing how to keep my eyes open so you have a shot – I can’t have my eyes closed the entire time. The thing that no one else was thinking about, but I was, was the fuel. You have jet fuel coming right out of the back at me because I’m on the wing above the engine. Even when we were taxying I was also inhaling the fumes and they were going in my eyes. So we came up with this idea of a lens that covered my entire eyeball. So that when I opened my eyes my pupils and retina had protection from any particles and hard air from the runway.

Literally did not even think of any of this, and now that I have, might not be able to watch this movie. Even knowing that Cruise survived it and didn't become a sac full of airpulp held together by a suit during one of the EIGHT SEPARATE TIMES he had to accompany an airplane on both its ascent and descent.

Congratulations, my dude, you just won the First Annual Craziest Mother-Effer In The Air contest. Well-deserved. 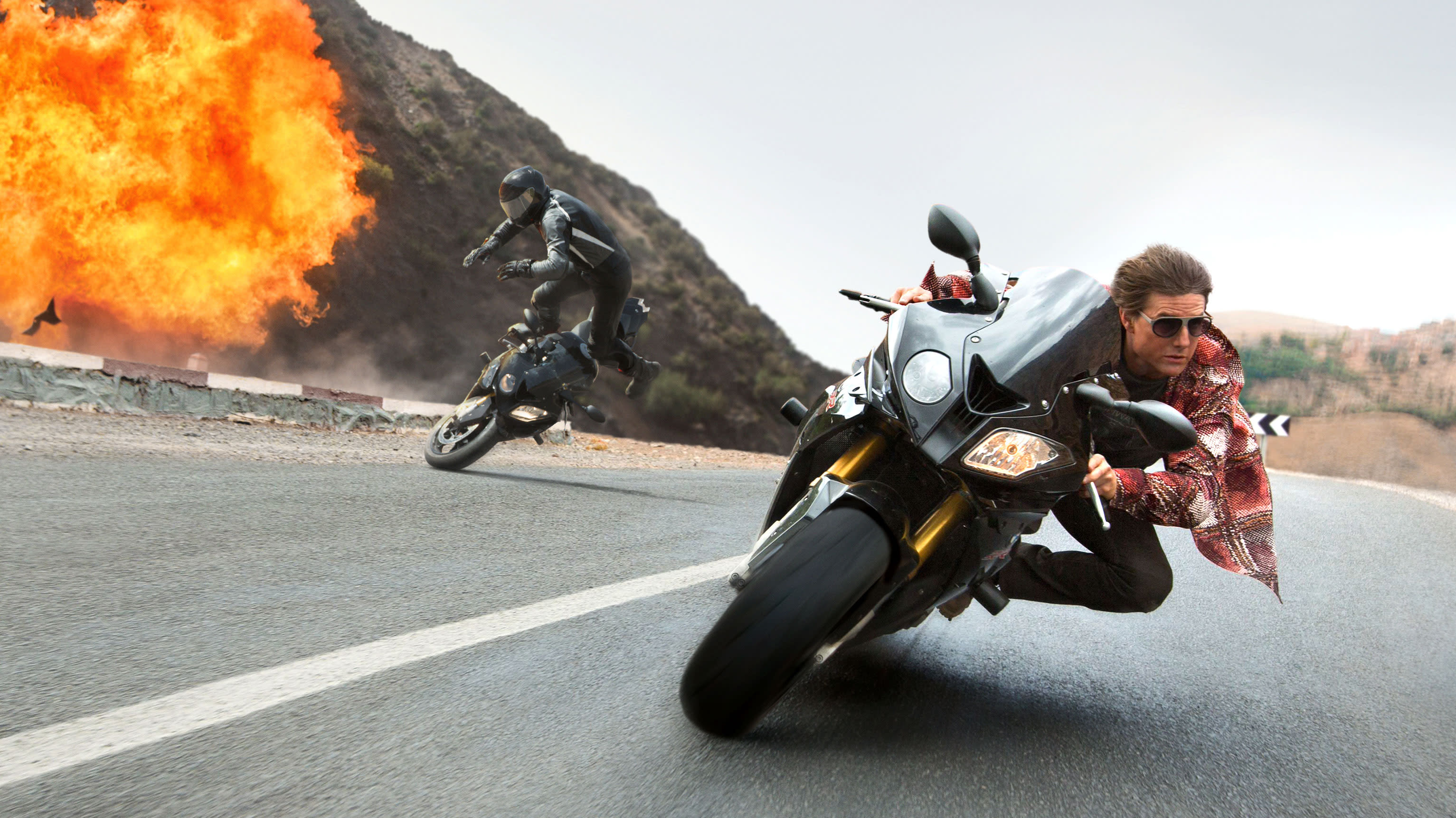