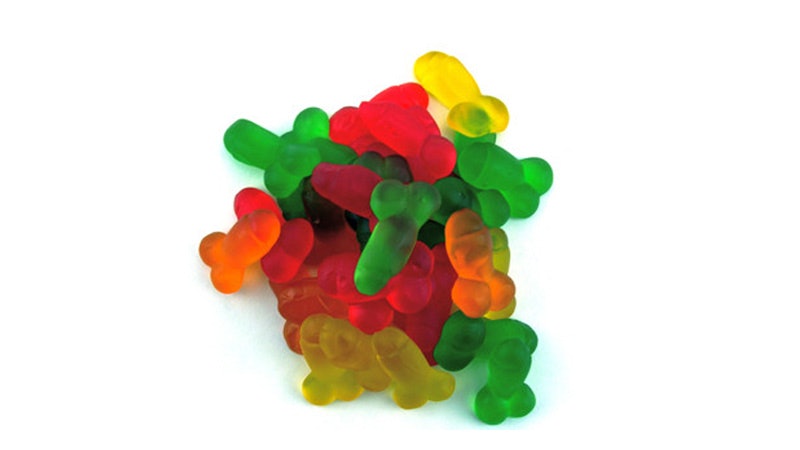 Sometimes people get what they deserve. Usually they don’t. Now you can send a bag of dicks to anywhere in the world, which might add a few more people to the first column. Sure, you could try some other passive-aggressive ploy — send them a bunch of glitter, order them 10 pizzas to be paid in cash, sign them up for a bunch of catalogs — but who has the time? The best part is that this dick-sending service sends a bag of colorful gummy genitalia — so the person on the receiving end of the prank can actually eat a bag of dicks. Perhaps there really is justice in the world. No one has yet thought of a way to document the look on the face of the receiving party when they open the package, but your imagination can fill in the blanks. While you might be inclined to send to your awful ex, there are actually endless possibilities for Dicks By Mail. Someone steps on your toe? Send a bag of dicks. The guy next to you at work who sniffles all day instead of blowing his nose like a normal person? Dicks. Airlines who hide ridiculous fees in small print? Dicks, obviously. The following is a compilation of folks who could probably use a bag of dicks, because nothing says “get your act together” like a manilla envelope full of edible penises.

1. The guy who sits with his legs wide open on public transportation.

Because no one has balls that big. It’s just not a thing.

2. The on-demand car-service who cancels your trip after you’ve waited for 10 minutes already in some remote part of the city and it’s pouring rain.

And you’re also late for an interview.

3. The guy who tells you to “smile” on the street when you’re just deep in thought.

Because you’re actually not having a bad day at all — you just would never smile at him.

4. The person who pulls out in front of you and forces you to slam on your brakes

They were probably texting.

5. Your landlord, because he or she is never going to fix those washing machines in the basement.

Or replace your leaky faucet, or get you a new fridge, or do something about that heating problem.

6. Every unhelpful customer service representative ever

Every so often you get someone who seems to bask in being difficult. So — dicks.

7. Delivery people who don’t leave your package if you’re not home

Even if no signature is necessary and you explicitly left a note.

They’re asking for it.

Because it’s one thing to send a bag of dicks, but quite another to be cruel. This is all in good fun. Don’t be a bully!

Images: Men Taking Up Too Much Space on the Train/Tumblr, WiffleGif (8)