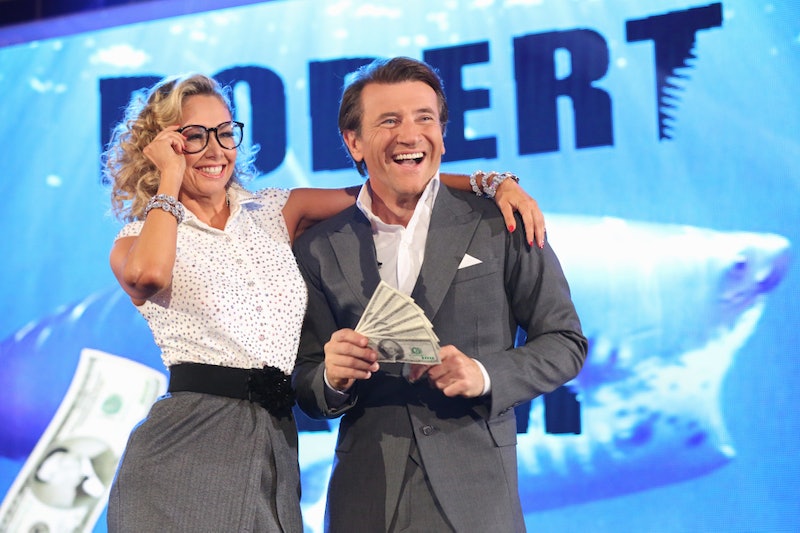 It's not Dancing With the Stars unless there are romance rumors, and one of the subjects of speculation this season is the Shark Tank star and his partner. Rumor has it that Robert Herjavec and Kym Johnson are dating, which would be kind of sweet. Although there's a bit of an age difference between the two, Robert's a really nice guy. Plus after a difficult year and split with his wife, this could be just what he needs.

However when Robert and Kym were asked about the rumors during the second week of DWTS, they didn't really give a direct answer. "I love hanging out with Kym. She's a lot of fun to be with," the businessman confessed. "I'm not sure either of us pay attention to that stuff," he said of the rumors. Kym agreed saying, "No, we're too busy dancing aren't we?"

But whether or not they pay attention to the rumors, it's very clear they have some strong chemistry. Whether that's just because they're friends or they're dating—it doesn't matter. They're having a great time and dancing super well together, which is all you can ask for. After their number, judge Carrie Ann Inaba even said. "You guys are like a fairytale. It almost made me nauseous because you're so darn cute."

So dating or not, Robert and Kym are one dynamic duo—and fans can't wait to see more from the pair.

More like this
Selena Gomez Is Fine Being Single, But She Still Manifested Romance On 'SNL'
By Martha Sorren, Jake Viswanath and Jack Irvin
Winter 'Love Island' Will Be Back In 2023, ITV Bosses Confirm
By Maxine Harrison
Kim Kardashian Reveals The First Text She Sent To Pete Davidson
By Jake Viswanath
Pete Davidson Pops Up In This Hidden Scene From The Kardashians Season Finale
By Jake Viswanath
Get Even More From Bustle — Sign Up For The Newsletter