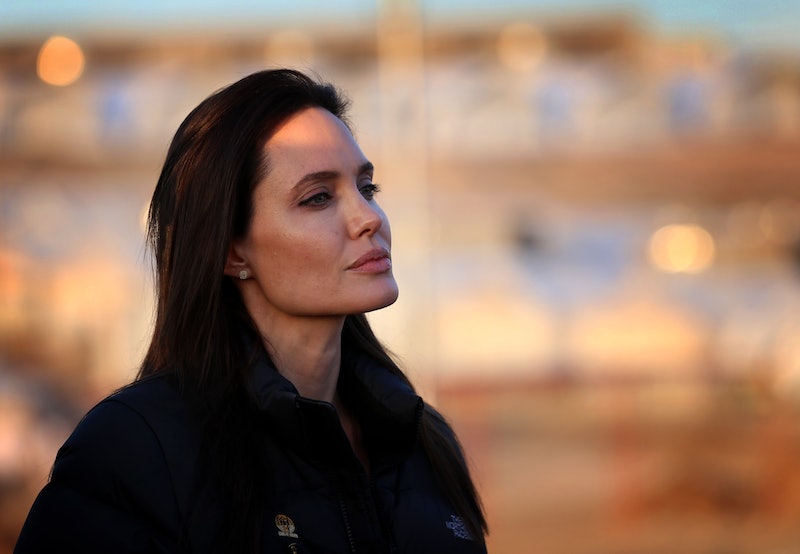 Early Tuesday morning I read the New York Times op-ed piece in which Angelina Jolie shared her recent decision to remove her ovaries and fallopian tubes as a preventive measure against cancer, and it hit very close to home for me. Just two weeks ago, one of my aunts underwent a preventative hysterectomy for just the same reason Jolie did. There is a strong family history of cancer and two of her cousins have died of ovarian cancer. After a recent scare with a benign cyst, my aunt informed herself as Jolie did and made a decision with the options given by her doctor that could ultimately save her life.

And this feeling of understanding isn't unique to me or my family. Many of Jolie's fans have spoken out on Twitter supporting the actress and filmmaker in her choice to share her story.

The decision for this globally recognized celebrity to reveal her personal struggles with cancer is especially needed. Cancer does not discriminate. It can hit any family suddenly and tragically which is why it is so important to take our health and well-being into our own hands. It does not matter if your doctor, family, or friends think you are over-reacting or a hypochondriac (I know I can be), preventative screening is the key to beating any cancer, and as happened with the "Jolie Effect " after she announced her double mastectomy in 2013, can lead many more women to seek methods of early detection and care.

Every woman's story is different, and Jolie is re-defining this narrative. As my aunt shared with me, she was scared that having these surgeries would make her feel like "less of a woman," but now in hindsight, she feels even more powerful in her femininity. As Jolie shared in her piece, "You can seek advice, learn about the options and make choices that are right for you. Knowledge is power." And based on the reactions across the globe, Jolie is inspiring women AND men to listen to their bodies and take control against cancer.