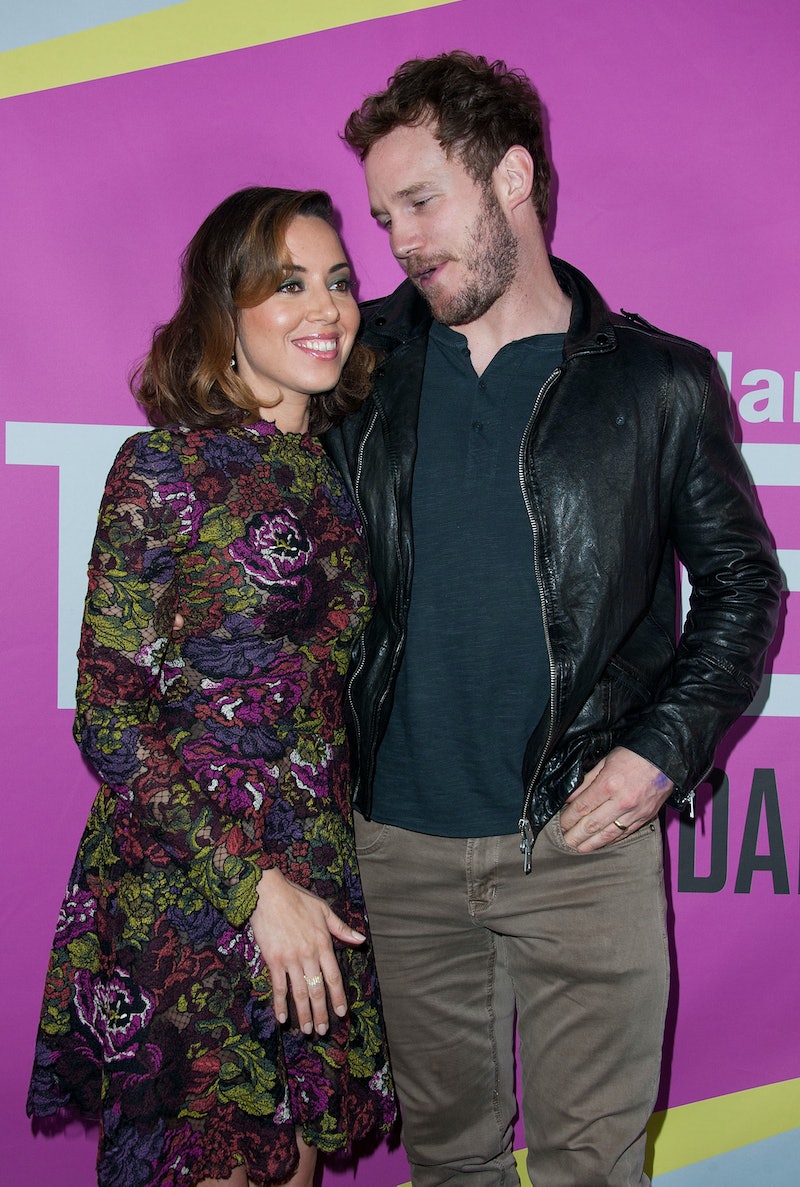 It's been one month since Parks and Recreation aired its final episode, but the pain over losing one of TV's best comedies hasn't dulled at all. Fans of the NBC sitcom are still rewatching episodes, and taking comfort in the cast's still-close friendships. It seems like everyone from Amy Poehler to Nick Offerman are still singing each other's praises — well, almost everyone. In an interview, Aubrey Plaza revealed that Chris Pratt forgot her name, and it's all because of his post- Parks rise to superstardom.

"I guess when you’re the star of a Marvel movie and super, super famous and you’re flown all over the world, you meet so many people that your ability to pay attention is gone. So yeah, he forgot my name," said Plaza. "I had to keep reminding him, and he’d say, 'Oh right. Right, right.'"

Before April and Andy fans start getting Burt Macklin on the case, relax — Plaza was only joking. No, her former TV husband, who's seen his fame skyrocket because of roles in Guardians of the Galaxy and this summer's Jurassic World , hasn't forgotten her name. In fact, Pratt's recent success "didn't change a bit" about his character, according to the actress.

"He’s the kindest, most amazing person ever, and he didn’t change a bit except that his f---ing body is ripped beyond belief," Plaza told Playboy. "He’s the same old lovable golden retriever of a man I had to hug and touch and kiss a lot."

Well, thank goodness. The last thing Parks fans needed to hear was that two of the show's most beloved actor had already drifted apart. Pratt may be a superstar now, but once a Pawneein, always a Pawneein. Whether he likes it or not (but we all know he loves it), Parks and Rec, and his former co-stars, will always be in his roots.

And judging by Plaza's later statement, it appears that the show's cast members have nothing but praise for Pratt. Their unity isn't much of a surprise; during the course of Parks' run, the ensemble frequently demonstrated their love for one another, whether by singling out castmates in interviews, appearing together in magazines, or watching the series finale as a group. The cast's support for Pratt as he takes over Hollywood is just one more example of how deeply they all care for each other, both on- and off-screen.

And, for fans, their love for him is yet another reason we miss Parks so much. The show was one of the sweetest, funniest comedies of all time, and without it on our TVs each week, the pop culture world is a much darker place. Hopefully the sadness over losing it will dull in time, but for now, it's still razor-sharp; thankfully, we've got things like Plaza and Pratt's adorable friendship to make the heartbreak a bit easier to take.