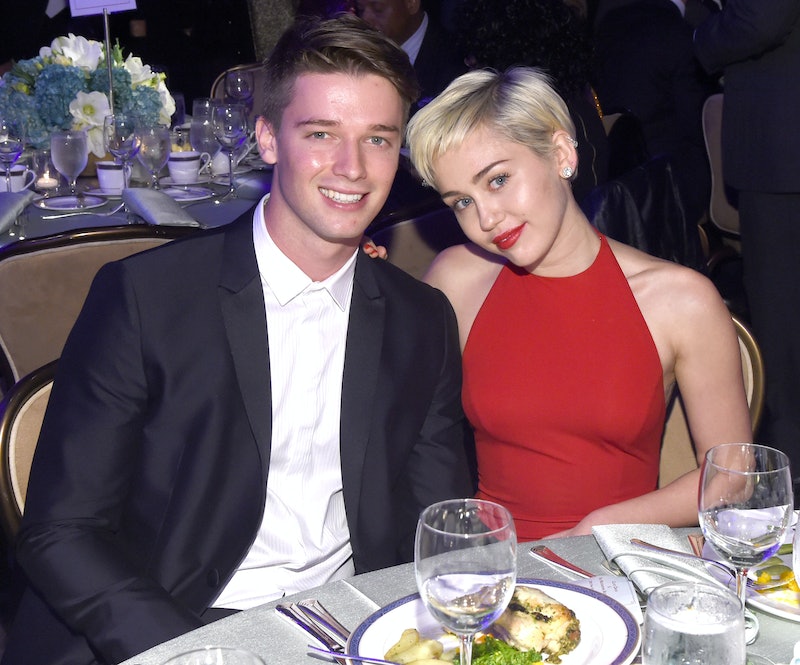 Forget all of those reports saying that Miley Cyrus and Patrick Schwarzenegger are finished, because it looks like the couple are more in love than ever. According to Entertainment Tonight, Cyrus and Schwarzenegger were spotted eating sushi, holding hands, kissing, and acting like the lovey dovey couple we know them to be. On Monday, the two dined at Kiwami in Studio City, Calif., which proves that they are more in love than ever before — right? Not necessarily, but, hey, maybe the Japanese delicacy can fix all things that are supposedly bad in a relationship.

While munching on some yummy sushi, it's said that Cyrus and Schwarzenegger," spent a romantic evening kissing, holding hands and laughing together at their corner table on the restaurant's private patio. Patrick dined on a California roll, and they snapped photos together and even said hi to friends at one point."

Ever since Schwarzenegger went on spring break in Cabo San Lucas, Mexico, cheating rumors have swirled around him and Cyrus. Well, based on this dinner date and Schwarzenegger's tweets denying such rumors, all while professing his love for Cyrus, it looks like those breakup rumors are so false.

If sushi can't make things better, I know one other thing that can make relationship woes 100 percent better: seeing yourself photoshopped as North West. Cyrus posted the below photo also on Monday night, so it seems like she had a great evening.

For those hoping Cyrus and Schwarzenegger are still together, I'm sure this, alleged, good news just made your Tuesday that much better.