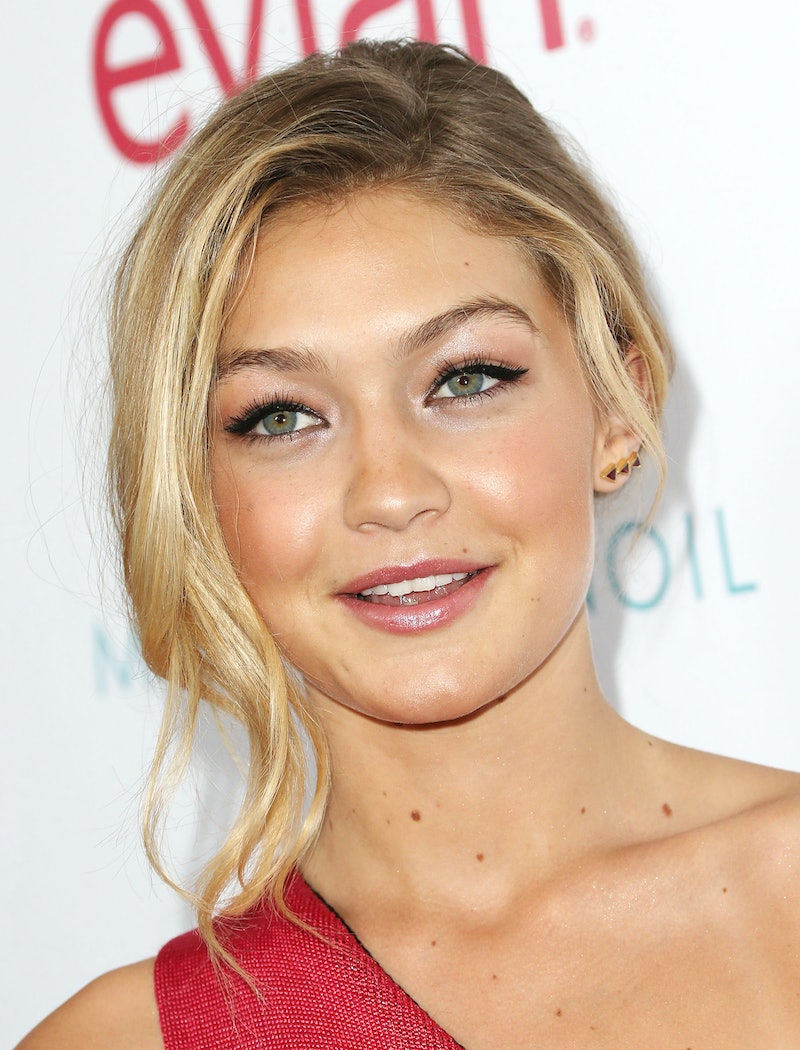 That's what we learned when Vogue caught up with the 19-year-old super model at New York's Gotham Gym. The uber-toned, Victoria's Secret star Gigi Hadid works out by boxing. And we aren't talking weak, skinny girl arm jabs, either: Gigi throws some major hooks and works out like a competitor.

Gigi grew up passionately involved in athletics like horseback riding and volleyball, so we know gym time is about more than her looks. According to Vogue, Gigi said, “It was strange to move to New York City and not have volleyball practices every week and my horses down the street. Just going to the gym didn’t do it for me, mentally, so I found a new hobby and passion in boxing.”

Well, her gym look is doing it for us. The usually colorful and fashion-forward Gigi goes a little bit darker in the gym, opting for gray sports bras and tight, patterned workout pants. The look definitely says "don't eff with me," which is a good vibe to put out there as you step into the ring.

From the videos she posts on her Instagram, you can see a natural athleticism. That, combined with her obvious drive and tenacity, is why she is taking over the world.

The girls need some support with all that bouncing around in the ring. Gigi rocks solid, wide-banded sports bras that let you know she's a girl that still means business.

Both Gigi and her trainer rock Nikes, and it's obvious why. These Nike Free shoes allow for a lot of movement and breathability for a sweaty boxing session, but still provide support for an hour-long gym sesh.