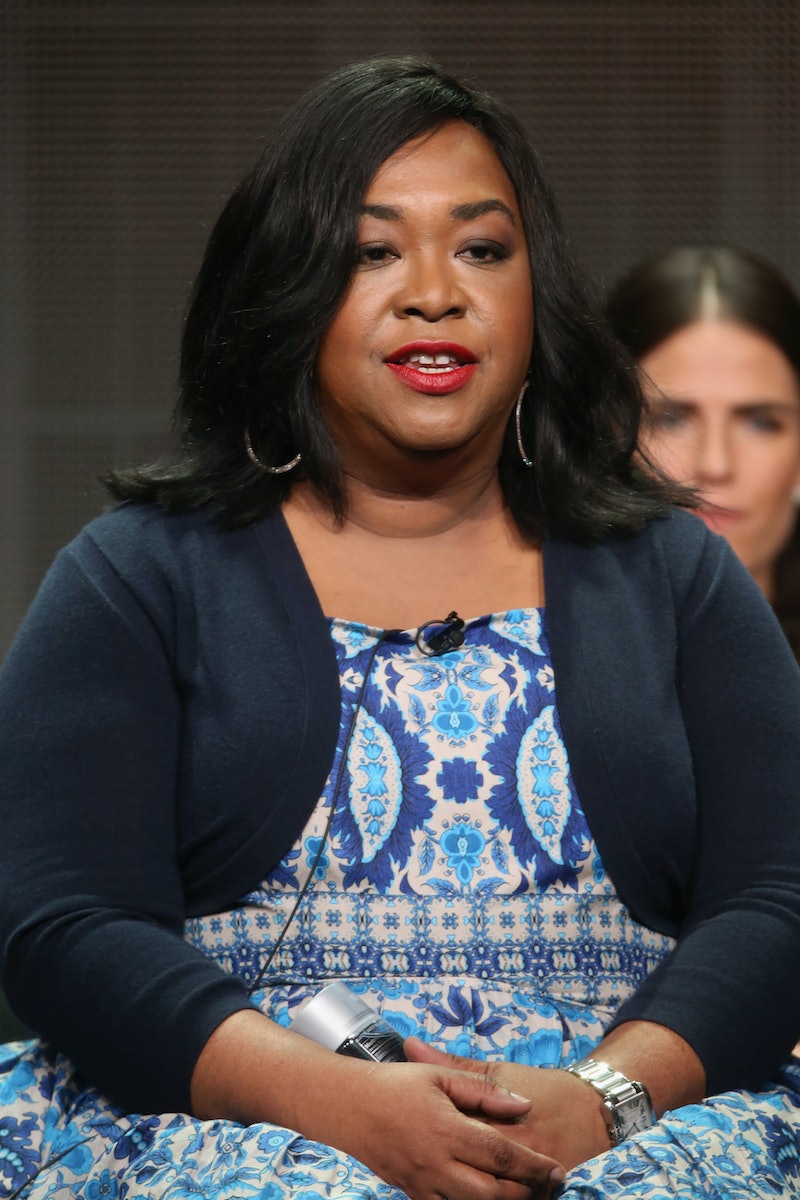 There are so many sarcastic comments that I could make here that I can't pick between them. On Tuesday, Shonda Rhimes criticized an "ignorant" Deadline article that examined the issue of whether or not there is a lack of roles for white actors on television in today's forcibly diverse atmosphere. The article, "Pilots 2015: The Year Of Ethnic Castings — About Time Or Too Much Of Good Thing?," quoted anonymous sources and insiders who are apparently very upset that the success of shows like Empire, How To Get Away With Murder, and Jane The Virgin mean that Caucasian is no longer the default skin tone for every role in every pilot in the 2015 TV season. So, basically, the 2015 Oscars was an all-white ceremony, but television is getting too diverse for some insiders to handle. Boo hoo.

I wish I was making this up. The important thing to note is that the Deadline article did not particularly agree or disagree with these anonymous insiders. At least, I think that was the intention. The article, which was tagged controversial for obvious reasons, mostly told both sides of the alleged issue while providing a platform for some nameless "victims" to air their concern over the fact that "instead of opening the field for actors of any race to compete for any role in a color-blind manner, there has been a significant number of parts designated as ethnic this year, making them off-limits for Caucasian actors." Because, you know, Caucasian actors have historically had such a hard time getting television roles.

Still, the anger toward Deadline is based partially in the fact that it is such a credible news source, one widely read by actors, journalists, and executives alike. The anger is based partially in a justifiable fear that those in charge of greenlighting these pilots will read this article and panic at the idea of isolating Caucasian actors — resulting in a return to the brand of television that means every other show primarily stars Caucasian actors and the only "ethnic" stars are on "ethnic" shows broadcast on "ethnic" networks. (Okay, the Deadling article's use of the word ethnic didn't do it any favors among its outraged readers.)

But, as the polarizing Deadline article also states, "The TV and film superhero ranks have been overly white for too long, workplace shows should be diverse to reflect workplace in real America, and ethnic actors should get a chance to play more than the proverbial best friend or boss." If a single pilot season making diversity a priority is all that it takes for Caucasian actors to get nervous that there are no roles for them on TV, then that's more proof that the need for diversity has not dried up just because the likes of Empire, Fresh Off The Boat, Jane The Virgin, and black-ish have been successful. That shows that starring actors who are not minorities is still a commodity, so much so that Caucasian actors might feel threatened by the "change." And that is a problem, one that can't be fixed by a simple return to "color blindness." There is too much ground to break.