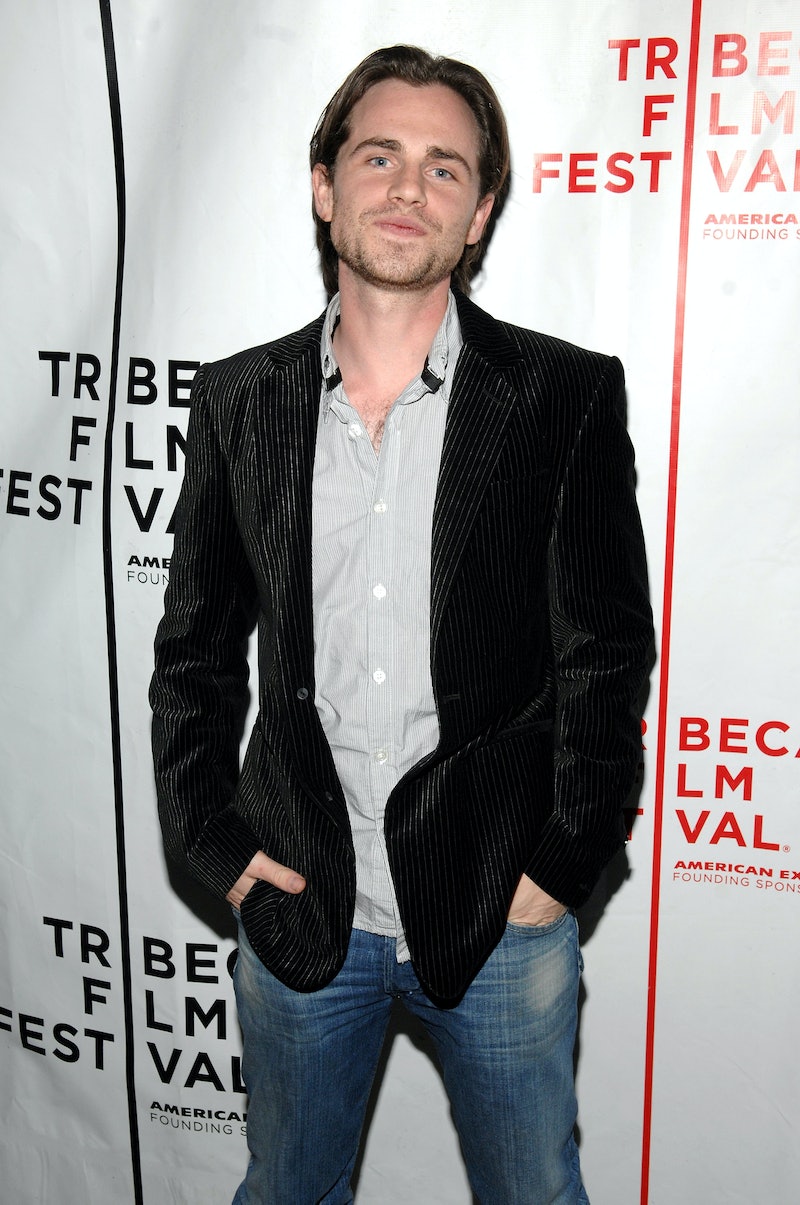 It's heartbreaking to watch your first love marry someone else, and that awful, gut-wrenching feeling is being shared by a whole generation this week. Rider Strong, the actor behind many a girl's first crush, Boy Meets World's Shawn Hunter, is getting married on Sunday.

It's almost too hard to think about. In fact, we can only think about how we can stop it from happening. We can't interrupt the ceremony when we don't know where in Portland it's being held, so our only hope is to steal him away from his fiancé, Alexandra Barreto. Does he say he loves her in media reports? Of course, all the time. But there could still be a chance for us!

He did make Barreto's engagement ring himself (swoon), but never lose faith in true love — and I think I speak for many Boy Meets World fans when I say that what we have with Strong, and Shawn, is true love. So let's look back to his Boy Meets World days for clues of how to land the actor who's remained a heartthrob to this day (at least, based on pictures from his recent reunion with his cast mates, and time on set of the upcoming spin-off, Girl Meets World). Angela, if you're out there, go get him. Unless we get to him first.

Don't Be Afraid to Show Interest

Strong understands what it's like to really, really like someone. Remember when Shawn realized how much he liked Angela? He'll find your eagerness adorable.

Because of his unique name, Strong likes to have fun on Twitter. He'll search for his name and then respond to the random people who talk about him. You can really grab his attention, like @FilmGradReviews did by asking for a sequel to his 1994 TV movie, Summertime Switch.

No Topanga, Shawn needs to be shown love, and so does Strong.

There are two handshakes we all learned as kids: the one between Annie and her butler Martin in The Parent Trap, and the one between Cory and Shawn. Break it out, and show him that you can be goofy and will always be his best friend.

We all know what happened when Shawn was in class, no matter what the subject. Don't risk Strong falling asleep on your conversation — gotta keep him intrigued and entertained.

If it worked for Angela, it can work for you. Again, Angela if you're out there, please make your move.

Have A Lazy Weekend

Take some time to just relax and stare blankly at the TV for a few hours. Cuddle up together. It'll make him love you even more. Bonus points for wearing an amazing sweater.

Don't Interfere with his Friendships

If Strong is anything at all like Shawn, friendship is the most important thing to him. After all, Cory and Shawn had the most epic bromance of all time, before that was even a thing. There was barely any room for Topanga.

These are just some of the things you can do to try and make Rider Strong yours, and fulfill your childhood dream of being Mrs. Shawn Hunter. Once that's accomplished, do us all a favor and convince him to grow his hair back to that classic, flowing Shawn cut. You should have a good shot — it's not hard for him to fall in love.