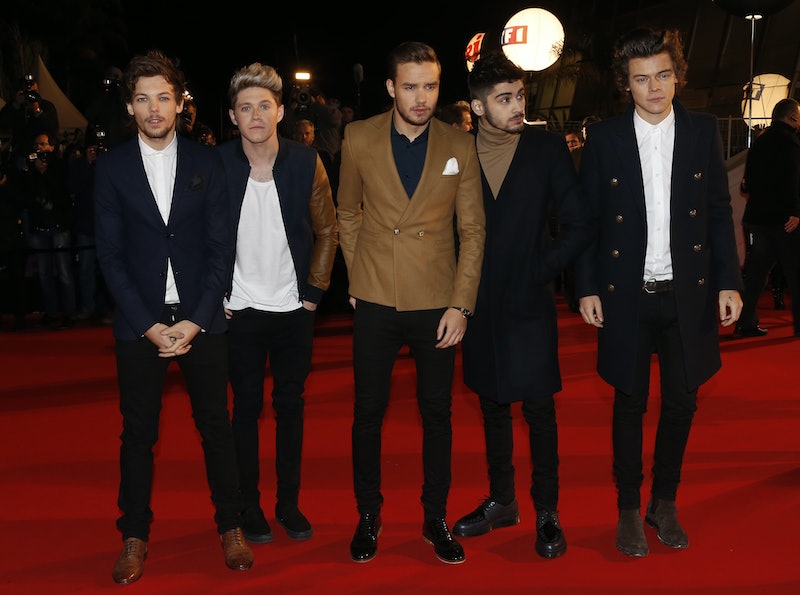 As most people with an Internet connection have heard by now, Zayn Malik has officially left One Direction. While the band is likely going to go on without the founding member (and, thankfully, likely won't be replacing him), many fans are asking why — and, specifically, whether or not the band may have known about Malik's intentions to leave for longer than is being let on. After all, the direct prelude to this news is the fact that just last week, Malik left One Direction's world tour citing stress. Though it was reported by members of the band themselves that Malik would be returning eventually, that clearly isn't the case — so it's not totally out of the blue that fans would be finding themselves looking into One Direction conspiracy theories about Zayn Malik's departure.

While I should stress at this point that buying into anything other than the official statements released by the band is probably not the healthiest way to come to terms with this news, I understand the desire for answers in the face of it — which is why there are a few that might be worth at the very least reading about. I mean, it's super unlikely that the band dropped any subtle hints for fans, like, morse code-level to foreshadow Malik's departure. We went through the same thing with The Beatles and that whole "Paul McCartney is dead and was replaced by a look-alike" conspiracy in 1966, and well... we all know how that turned out. (In more straight-forward language: No, Paul McCartney did not die in 1966.)

So, these theories? They're probably not true. But they could be. And at this point, I think I speak for every One Direction fan when I say that we'll take whatever we can get.

OK, this is where it gets a little more dicey. Apparently, some fans on Twitter have begun hypothesizing that the band may have known about Malik's imminent departure way before Malik chose to leave One Direction's world tour — as in, all the way back in 2014 when they decided to name their newest album Four. I mean, it definitely couldn't be about the fact that it was their fourth album, right?

Again, probably not so likely, but you never know: Earlier this month, news broke that Malik had recorded some solo music on the side with UK-based DJ Naughty Boy (who has worked with the likes of Sam Smith in the past). This, of course, led some fans to wonder whether or not Malik was planning to go solo entirely any time soon. Naughty Boy shot down those rumors himself, but with a rather...strange quote in The Sun :

We’re making music and having fun. This is just like a side gig and I don’t think there’s anything wrong with it [...] It’s a good time for Zayn to showcase what he can really do. I don’t think that is being fully exploited with the band because there are five people and it needs to be balanced out.

"I don't think that is being fully exploited"? "It needs to be balanced out"? Is it possible that Naughty Boy knew of Malik's decision in advance, and that's why he's talking about Malik's talent as a solo performer? (No, probably not. But that's a strange quote anyway, considering Malik often was featured heavily in One Direction's singles.)

Theory #4: Perrie Edwards, Malik's fiancée, had something to do with it

Nope, actually, THIS THEORY IS JUST OFFENSIVE AND FALSE. Please, please, please, for the love of all that is decent in this world, stop blaming Malik's fiancée Edwards for his own personal decision about his own career.

Honestly, we may never know why Malik left the band or if we should have seen it coming, and that's OK — this decision was a very personal one, and Malik deserves the opportunity to make a choice about whether or not he wants to speak out about it or keep it to himself.