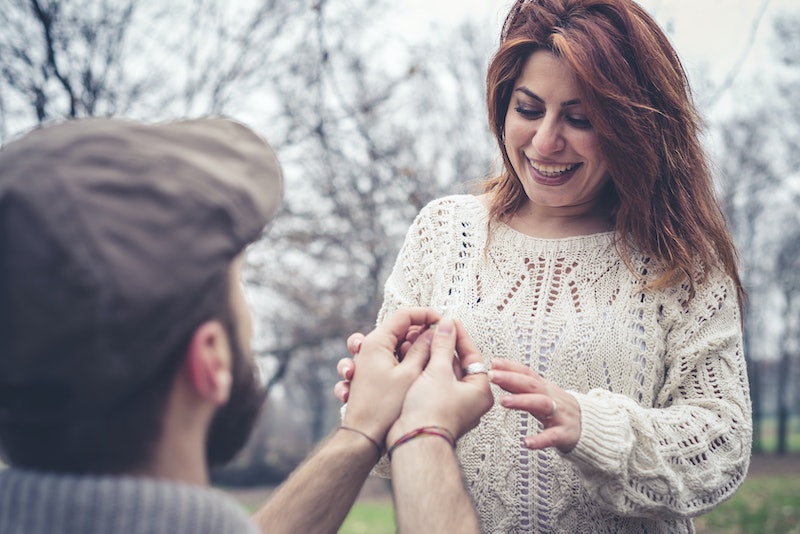 You have got to be a particular brand of soul-crushingly horrible to fake a proposal to someone who loves you deeply enough to say yes. In a terrible, terrible move, a man allegedly set up a fake proposal for his girlfriend by hiding a ring box in his sock drawer, knowing full well that she’d find it on laundry day. That’s super mean right? Cruel-hearted, even? Welcome to the Internet, folks, where people harness their cruelest of intentions for social media mobility and a stream of comments from complete strangers.

Unlike today’s other proposal story — that of a pilot who popped the question to his flight attendant girlfriend 34,000 feet above ground — this one could very plausibly be fake; after all, stranger things have happened in the name of seeking attention on Reddit. But in an updated post, user griffunk posted a photo with his alleged significant other that seems to convey that she responded to the “joke” relatively well. “I am u/griffunk,” says the flashcard the bearded stranger holds, “And I am alive…”

“For now,” reads his girlfriend’s card. For now.

Unfortunately, this isn’t the first time that a man "took the plunge," only to disclose shortly afterward that the whole set-up was a scam. There’s actually a pretty dark corner of the web where a mound of stories of would-be brides have their hearts shattered by their significant others. Like this man who faked proposing three times before finally committing to it after his girlfriend found out he was planning one. Or any of these similar fake-outs.

It’s certainly wonderful if both parties find this non-committal pranking humorous. But why all the trolling? Can we just... not? Please?