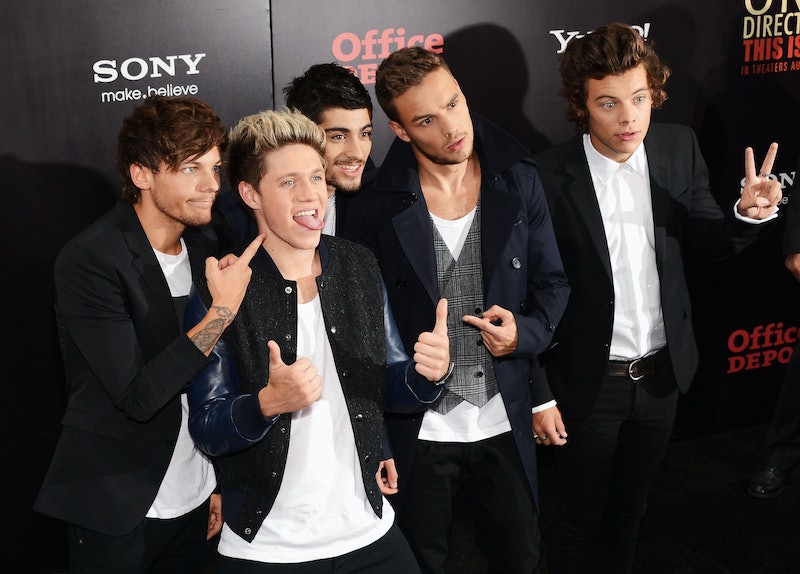 I keep pinching myself, but it seems like this isn't just a horrific nightmare. No, it's true that Zayn Malik has left One Direction — and we'll just have to live with that. After all of the rumors that have been flying since Malik quit the 1D tour to go on hiatus, I was hoping he would prove the haters wrong and return to the band, and to the fans, brighter and happier than ever. Sadly, this proved not to be the case. Sure, any Malik fan could see that, of all the boys, he was the one who had the most trouble adjusting to all the annoyances that come with being famous. He's always been the quiet one, the private one, and the one who has had to deal with far more anonymous Internet hate than anyone should ever have to deal with. But quitting the band? I never thought I'd see the day.

Naturally, after five years, there is so much that is going to change with one of the most famous members of One Direction out of the picture. Hell, everything has changed already. Whether you're a casual fan of One Direction, or completely obsessed with them and curled into a little ball of misery right now, it's time we get used to the following seven things — because they're just a few of the huge changes we're in for now that 1D is really 4D.

1. The Quality Of Hair In 1D Has Gone Way Down

Harry Styles and Louis Tomlinson have both tried to make a grab for this honor in the last year alone, but Malik is the Hair King of One Direction and always has been. He introduced the American public to the word "quiff," and he caused a riot when he cut his hair in early 2015. Without Malik, One Direction's hair game just isn't as strong.

2. No More High Notes In The Music

You can find dozens of YouTube videos devoted to all of the high notes that Malik has hit. I mean, the boy could give Shakira a run for her money on his best day. We've seen Styles attempt to hit Malik's high notes and fail miserably, so I'm thinking that One Direction might cut those out of their songs from here on out. Which is sad, because, damn, they were impressive.

I will always remember Malik as the boy who introduced the catchphrase "'Vas happenin'" both to the band and, as a result, to the audience that loves them so. Sure, it's been years since we've heard Malik throw that one out there to make us all laugh, but I'm now looking back upon it with fondness. Is there a One Direction catchphrase more ubiquitous than vas happenin'?

4. The Only Art Will Be In The Tattoos

For those who somehow weren't aware, Malik is an amazing artist. I know all of the One Direction members (except Niall Horan) are rocking body art, but that's not the same as the graffiti-like sketches that Malik has been known to do. The band members may all be talented musically, but Malik is the best artist out of all of them, and we'll be losing that when he leaves.

5. We'll Have To Declare A New Hot One

Even people who hate One Direction are willing to grudgingly admit that Malik was very attractive. Without him, there will be anarchy in the streets as everyone tries to decide who is the new hot one. Is it Harry Styles, who is the most famous member of the band and whose charm is the stuff of legend? Is it Niall Horan, the Irish lad with the wide smile and the energetic sense of humor who is actually sunshine embodied? Is it Louis Tomlinson, the oldest member of the bandom and a fountain of... interesting wisdom? Is it Liam Payne with his biceps?

6. There's A Distinct Lack Of Diversity

Malik was the only member of One Direction who wasn't Caucasian, which means that the band is diverse only in heritage (three of them English, one of them Irish) rather than in ethnicity. I doubt anyone was listening to their music just because they had one person of color among their ranks, but this news must come as a disappointment to those who looked up to Malik as a positive representation of the British Pakistani background in popular culture.

This is a change many of us are already feeling, and that we will continue feeling for weeks to come. We will never be happy again. One Direction will never be the same. Cue the waterworks.