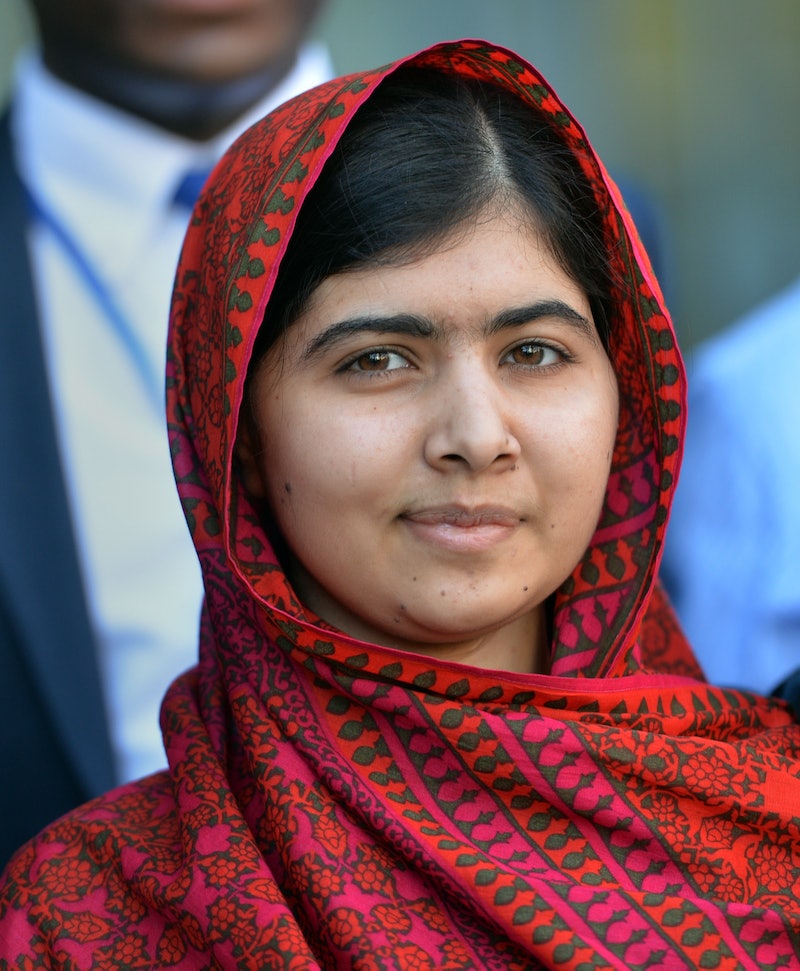 Violence against women is a global problem that manifests in a wide variety of ways, including domestic violence. And proving just how insidious the problem is, it turns out that more than half of women in some countries believe wife beating and domestic violence are acceptable. But fortunately there is one very simple thing that can have a huge effect on those attitudes: Access to education.

In the recently released No Ceilings report from the Bill and Melinda Gates Foundation and the Clinton Foundation, global women's attitudes towards domestic violence was one of the standout findings. Although they found that more men than women tend think it is acceptable for a man to beat his wife, a majority of all women in many countries still consider the practice to be acceptable.

As the report explains, "Traditional gender norms often underpin violence against women. In many societies, women are still regarded as subject to the authority of the male head of household, and both men and women believe it is acceptable for husbands to beat their wives." In other words, a society's understanding of what is natural and normal behavior for men and women will in turn affect what women view as acceptable. And so in countries where domestic violence against women is normal — particularly in the dozens of countries without laws prohibiting domestic violence — women will naturally be more likely to think such things are alright. Which obviously sucks.

(Here, have a kitten to make you feel better)

So how to change these attitudes? After all, changing social norms is difficult and complicated — if it weren't, those around the world who work for gender equality would have already achieved it. Well, the good news to come out of the report is that there is one relatively simple thing that can make a huge difference in women's attitudes: Education.

According to the report, women in countries who have more education are much less likely to say that wife beating is acceptable than women from those same countries with less education. In Guinea for instance, more than 80 percent of women with no education say that it is acceptable for men to beat their wives; among Guinean women who have had secondary or higher education, the number is only 64 percent. The same trend repeats itself in numerous countries around the world: Ethiopia (55 percent versus 15 percent), Morrocco (66 percent versus 25 percent), Azerbaijan (55 percent versus 30 percent), and more.

It makes a lot of sense, too. Getting an education can give a huge boost to someone's sense of self worth. Women who are educated don't just learn to read and write and do arithmetic, but also that they are capable and intelligent and have minds worthy of respect. Education is a valuable thing, and when women are educated, we are much more likely to see ourselves as valuable — and thus as deserving of better.

Obviously, there are women in every part of the world doing their organizing around gender issues and who have their own informed and nuanced views about what is needed for progress locally and nationally. I'm certainly not trying to tell any of them what to do, especially since their efforts seem to be paying off; the number of women who believe wife beating is justified has been on the decline in many countries in the past decade. But if you're looking for a way to change the lives of women in developing nations around the world, supporting existing efforts to give girls education is probably a great place to start.

You can check out the full No Ceilings report here.