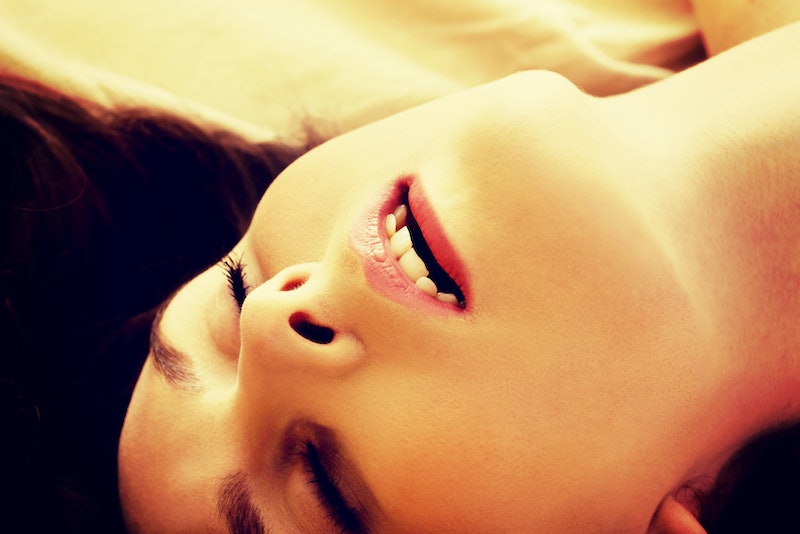 For years, people have placed male and female orgasm in entirely different categories. From what it looks like to what it feels like, according to society, men and women may as well be speaking completely different sexual languages when they get off. And while many of these supposedly harsh differences are false, according to a new Cosmo survey, it looks like there are some significant disparities between how often men and women experience the Big O. And when I say significant, I mean huge. It’s no surprise that the female orgasm is a bit, say, more nuanced than the male orgasm. There are more faces of the female orgasm and women across the world have engaged in heated debates about what an orgasm does and doesn’t look like. While a male orgasm is, well, pretty upfront. What is surprising, however, is how few straight men seem to care if their partner finishes or not. Like, who does that? Apparently a lot of people. The infographic, which focuses on heterosexual couples, isn’t filled with great news, but it is useful news. You might want to start a contact list of people to forward it to, because it seems like they need to take a long, hard look in the mirror.

1. Over half of women orgasm most or every time they have sex with a partner.

57 percent is a pretty good number, considering some statistics about faking it that say otherwise. But get this ...

That’s a pretty huge gap. I haven’t succeeded at anything 95 percent of the time, unless you count inhaling a donut the size of my face in under seven minutes.

3. 72 percent of women say when their partners finish before them, they don’t help them finish too.

Um, ok. Manners anyone? Are sexual etiquette classes offered anywhere? What, you just ejaculate and walk away? Or collapse on top of your girlfriend and suffocate her with your sweaty body? I have so many questions and zero answers.

Who said getting old was a bad thing? Sounds like a party to me. Bring it on, adulthood.

Check out the infographic below:

More like this
12 Aphrodisiac Desserts To Spice Up Your Valentine’s Day
By Kaitlyn Wylde
My Partner Wants Me To Wear A Diaper During Sex. Help!
By Sophia Benoit
TikTok's "Triangle Method" Technique Is The Key To Better Flirting
By Carolyn Steber
12 Anti-Valentine’s Day Memes For People Who Are So Over Romance
By Meghan Bassett
Get Even More From Bustle — Sign Up For The Newsletter
From hair trends to relationship advice, our daily newsletter has everything you need to sound like a person who’s on TikTok, even if you aren’t.