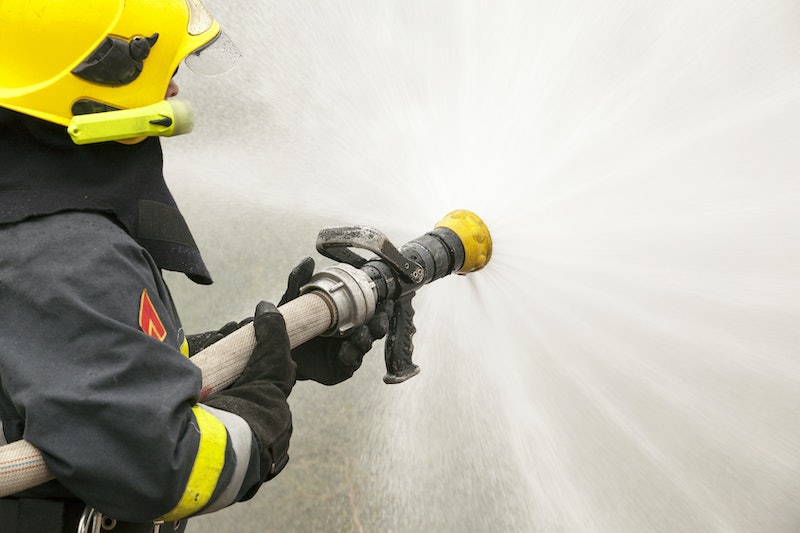 A new study just found a surprising fact about sperm: they fight fire. They may not rock little firemen gear (although how obscenely cute, weird, and disturbing would that be?), but they do indeed carry the necessary properties to make them flame retardant. I think I just heard a collective sigh of relief from the men of the world who spend their days fearing that their sperm might catch on fire someday.

When I usually hear the word, “sperm,” my immediate reaction is to check my birth control pack and make sure I haven’t missed a day. When I see all is well and good, I dramatically wipe the imaginary sweat from my brow and go on with my day. At this point in my life, men's sperm and I aren’t really friends, and I can do without the pesky little devils right now and for the foreseeable future. But while I’m fending off sperm as the baby-making plague that it is, it’s still a very interesting component of a man’s body, and not just because they’re shaped like adorable little tadpoles, which I imagine that, up close, have adorable little tadpole smiles. Sperm has a lot of health benefits, too.

When it’s in the vagina sperm helps with depression and stress, when it’s consumed orally it’s great for morning sickness (no joke), and when slathered on the face sperm helps to get rid of wrinkles. Super fascinating, I know, but clearly that wasn't all science had to prove.

Researchers at the Polytechnic University of Turn in Italy found that sperm extracted from fish contained a DNA that is does not cave, or rather burn, in the face of fire. Through a series of tests, it was found that the sperm was just the ticket, and a healthier alternative to the current chemicals that are being used as flame-retardants on many of the products we use everyday. Which is great news, because some of those chemicals being used now to keep your coach and other furniture from burning up have been linked to cancer, birth defects, and even infertility.

Lead researcher, Professor Giulio Malucielli, says that his team has been hard at work applying the sperm-specific DNA to plastics and cotton fabrics, and turning up the heat to 392 degrees or higher. It’s at that 392 degrees that the sperm becomes a foam that provides for a protective material that can cut down on combustible properties should something come into contact with fire.

While there’s no word from the research team that smothering your body in human sperm before running into a fiery building is going to make you some sort of burn-free hero, there is the possibility that our favorite pieces of furniture (maybe PJs, too!) might not be that far away from being coated with some creature’s sperm. If for some reason you can’t wait, you could always go the human sperm route, I suppose, but just don’t blame me if things get sticky and your coach is no longer your go-to happy place.