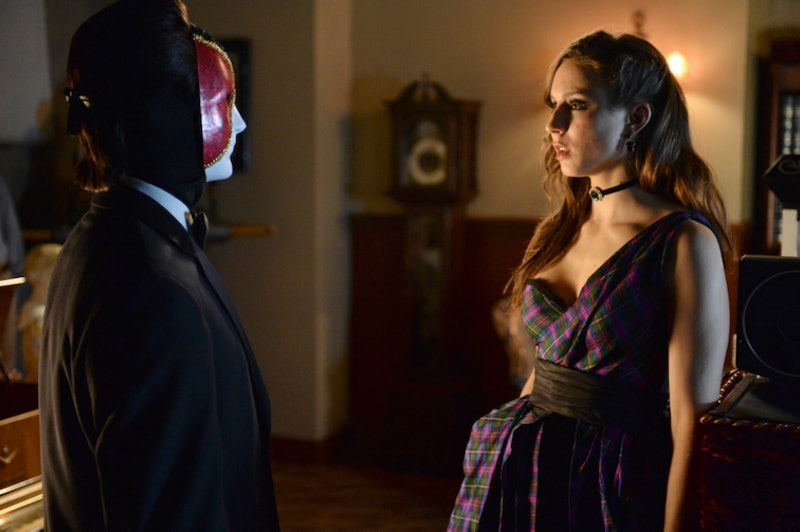 Now that we know that Big A is Charles DiLaurentis, theories about his actual identity have begun to consume our every waking moment. Is Charles Jason's twin? Is Andrew Charles? AM I CHARLES? And while I have no doubt that Pretty Little Liars will leave us hanging for quite some time with this whole new batch of questions, there's at the very least one big revelation we can take as an absolute fact: We have seen Big A Charles' actual face before. What makes me say that? Thankfully, executive producer Oliver Goldstick took some pity on PLL fans this week by confessing to The Hollywood Reporter that Charles is indeed a familiar character.

"No, no. That I can guarantee you. You've definitely met this person," Goldstick shared with the outlet, confirming once and for all to viewers that a brand new actor won't be cast in the part. Granted, that still leaves us with a ton of possible suspects, given how many characters (both big and small) have come and gone from the show throughout the last five seasons. But at least this raises the stakes a bit more and helps ensure that our saint-like patience will eventually pay off big time. But just in case you need a little more fuel to put on this identity fire, I. Marlene King herself tweeted that viewers may have seen Charles before without his mask.

Of course, "may" could imply that we also may not have seen him before, but when you couple this remark with Goldstick's flat out confirmation, I think it's safe to say that Charles has been a prominent resident of our Rosewood cast at one time or another. However, the question still remains as to who that could possibly be. (I still think making it Andrew feels a little too obvious.) Some fans have started to believe that it could be Lucas, while others are theorizing it's our beloved Toby. And then there are those who are even suggesting that it could be the original guy who played Jason, making his disappearance more strategic than a simple casting switch.

But regardless of who it exactly ends up being, at least we've finally got a solid fact to hold onto. Not that I don't love lying awake at night, pondering every kind of PLL scenario I can think of. It's just comforting to have an actual piece of concrete information to work with while I do so.