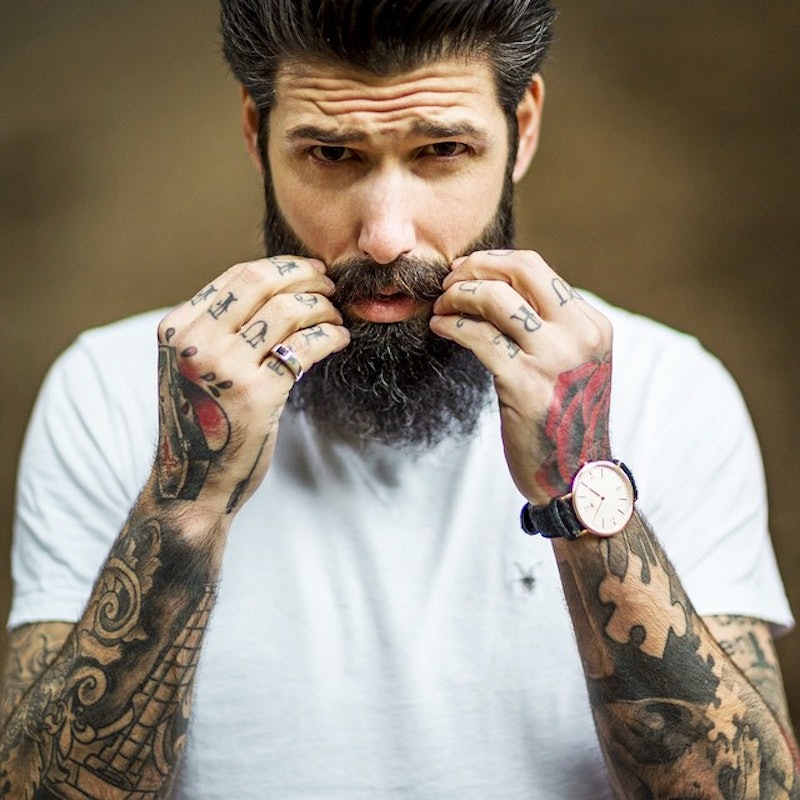 According to scientists, “peak beard” status had been reached last year and it was just a matter of days or weeks before all bearded men finally decided to invest in razors and shaving cream again. However, those scientists were wrong, oh-so wrong, because as we’ve seen, this beard thing is just getting bigger, fuller, and bushier. Realizing that they were incorrect, scientists are singing a different tune. According to a new study beards are a “badge” of dominance and power, and because of this even women who aren’t into beards will totally throw a no-beard rule out the window.

The study involves the evolutionary fact that the more competition there is for a man to win over a lady, the more likely he will be flamboyant in his appearance. This is especially true of primates.

As University of Western Australia’s Dr. Cyril Grueter explains, in the primate world the male develops an “ornament” of sorts to stand out from the crowd and lure in a lady. Such examples of “ornaments” are the elongated noses in proboscis monkeys and upper-lip warts in golden snub-nosed monkeys – the latter making me so intensely happy to be a human female in a sea of ornamental human beards.

With primates, their badges identify their rank within their society, as well as their dominance and attractiveness. Smaller societies of primates are less prone to having badges because competition is low. What this means for us, as human beings, is that the amount of bearded men is only due to multiply because there’s a one-upping badge game going on and, frankly, there’s no end in sight. The “collective conformity,” that need to be different that actually results in everyone being the same, has led to this bevy of beards and until someone breaks out from the rest and creates a new collective conformity, beards are here to stay.

This is the not the first time in history where badges in the form of beards have become more popular than not. In Britain from 1842 to 1971, the combination of the large amount of men who were on the dating scene and the idea that facial hair was more attractive than not, beards and mustaches also took over as the preferred look. That’s over a century of excessive facial hair! If we go by that, our kids and grandkids will either be sporting their own beards or will be dating those who rock them. But I guess it could be worse; we could be golden snub-nosed monkeys where the guy with the biggest warts gets our heart. Personally, I’ll take the beard over that any day.