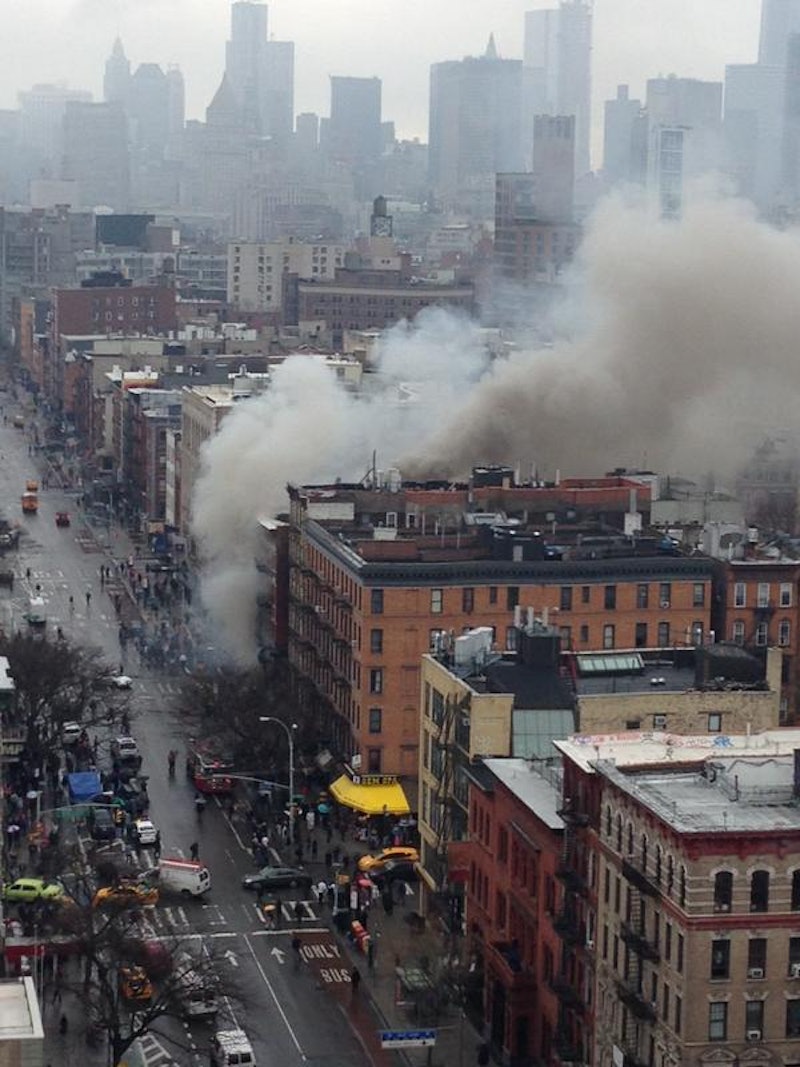 On Thursday, a building in the East Village neighborhood of New York, on 2nd Ave and 7th Street, partially collapsed after what witnesses on Twitter described as an explosion. At a news conference, mayor Bill de Blasio said that the cause appeared to be a gas leak, and four buildings were affected. The building is home to restaurant Pommes Frites and a number of residents. Authorities confirmed to DNA Info that the conditions were consistent with a gas explosion.

At least 12 people were injured, and three have been described as in critical condition. They have been taken to hospitals nearby. “We are praying that no other individuals are found injured and there are no fatalities," said de Blasio when he arrived in the early evening.

On Twitter, bystanders posted photos of a fire that rose high above the buildings and could be seen from as far as Union Square, according to DNA Info. More than 250 firefighters were dispatched to the scene, according to The Wall Street Journal.

If the fire was caused by a gas leak, it's eerily reminiscent of an explosion that rocked east Harlem last March, killing seven people and injuring many more in a gas leak that downed two buildings. According to New York Magazine, early reports claim multiple people are unaccounted for.

The building ultimately collapsed while firefighters were battling it. Here's a video of it happening.

A number of people have posted photos to Twitter.