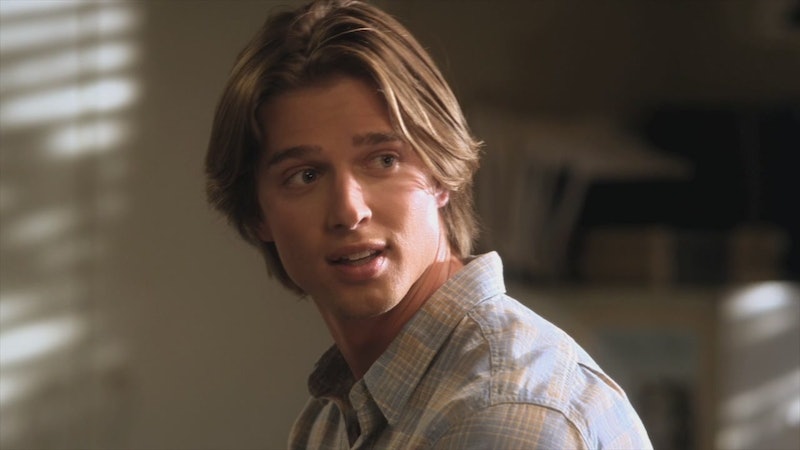 For five seasons, Pretty Little Liars fans have begged the show to tell us who Big A is, and now we know — sort of, anyway. Charles is Big A, and while we have no idea if he's a character we know who has been living under a false name, we do know that he's most likely a member of the DiLaurentis family — and, from the looks of it, Jason's twin brother. This is earth-shattering news for Pretty Little Liars enthusiasts who, up until Tuesday, had no idea that there was a third DiLaurentis sibling, let alone one who shared a birthday with the (already mysterious) Jason. Showrunner I. Marlene King has stated that we may have seen Charles before (so start theorizing now, people) and that, just as importantly, some people on the show may already know who he is. So now the question is... who knows about the existence of Charles?

As King states, someone knows about Charles — after all, he has parents, and he seemed like a perfectly normal toddler in the home movie hidden away in A's vault. Here's who could know about Charles existence, even if they have no idea that Charles is capable of being A.

Melissa has always been shady, but I do believe that she's a fundamentally good person. Perhaps the reason behind her shady behavior is because she learned a while ago that Charles was after the girls — after all, her recent behavior has shown that her goal is to protect Spencer above all else. Maybe she can't tell Spencer what she knows because if she does, Charles will hurt her.

If Charles really is Jason's twin, that would make him Mr. Hastings son. Since Mr. Hastings knows that he fathered Jason, I can only imagine that he would know that Charles existed, as well. Charles and Jason appeared to be treated the same in the home movie, so whatever happened to cause Charles to leave the family must have occurred later. Since Mrs. Hastings knew about Jason for quite some time, it's fair to assume that she knew Jason and Charles as children.

We know that Bethany went to Radley, and escaped the night of Ali's "murder." We are told time and time again on PLL that "all roads lead to Radley," which might be a clue that A has been hiding out in the sanitarium for years, likely as a patient. If Mrs. DiLaurentis went to visit Charles at Radley, that could be where she first made contact with Bethany's father, with whom she had an affair. That would mean that the deceased Bethany would know exactly who Charles is. Perhaps Bethany learned that Charles was going to hurt the DiLaurentis family, so escaped on the same night that Charles did in order to warn them of the harm coming their way. We know that Ali was friends with Bethany via their letters — what if Ali never lured Bethany to town at all, but instead came so she could protect her friend?

Maybe Jason doesn't know about Charles being A, but he has to know who Charles is if they grew up together. It's hard to forget your own twin, and it's doubtful that Charles was ripped away from his family at a very young age — there would be no reason for it. Jason's random disappearances during the series make it seem that he was visiting someone in secret, and I wouldn't be surprised if that person was his twin — even if he has no idea how bad his brother could really be.