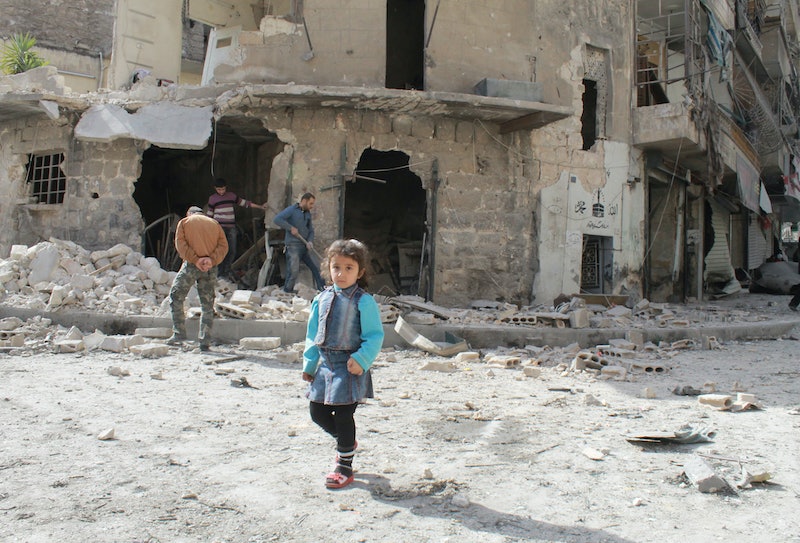 Earlier this week, photojournalist Nadia AbuShaban tweeted a photo of a child in Syria holding her hands up in surrender, apparently believing the photojournalist present was holding a gun rather than a camera. It's a potent look into the mind-set of the roughly 5.5 million children affected or displaced by the conflict, which has been raging in the region since March 2011. At least 3 million Syrians have been displaced to countries that border Syria, and millions both inside and outside of the conflict-ridden country are living in devastating conditions.

Tweeted AbuShaban on Tuesday: "photojournalist took this photo 4 Syrian child, thought he has a weapon not a camera so she Gave up ! #Surrended." It's unclear whether the photo is legitimate, but has been retweeted more than 800 times. AbuShaban is based in Gaza and has worked for Al Jazeera, according to her Twitter profile. The child in the photo hasn't been identified.

In the photo, she's reaching her hands as high up as she possibly can, apparently surrendering for her life in fear that the photojournalist is threatening her with a gun.

Want to help Syrian refugees? Bustle's Erin Zaleski has rounded up some resources for you to do so here.