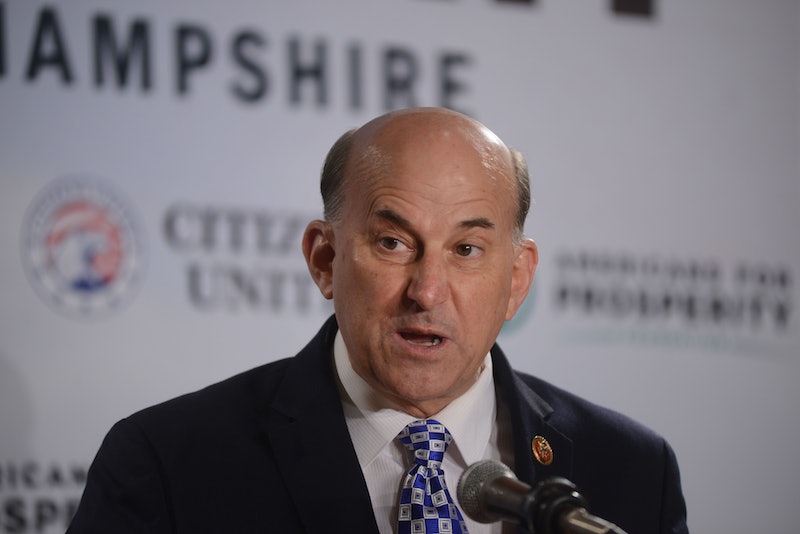 Earlier in the year, Louie Gohmert wanted to be speaker of the House. It didn't work out. So now, Gohmert might want to be president. Maybe. Probably not, but maybe. We've already got a full house of Republicans in pursuit of the GOP nomination — is Gohmert serious enough to really mount a campaign? Apparently, no. In an emailed statement to The Hill, Gohmert remarked about Ted Cruz's official announcement for the Republican nomination:

Ted is a good friend and would be an outstanding President; however, I haven't ruled out an exploratory committee myself.

Washington D.C. contains too many who do not recognize statements made with a figurative tongue in cheek, sometimes known as being ironic.

Is it really best to send an email to the press that appear very real and serious? Nope. Deception probably isn't what the public wants to see from a potential president.

If Gohmert did run for president, it sounds like it would be kind of a mess. Anyone looking at the statement to The Hill would rationally assume this is the truth — that is he is running, but the press was fooled by Gohmert. I mean, during his race to become speaker of the House, Republican Congressman Mick Mulvane said: "I respect his passion, but he isn’t a credible candidate." Solid answer that also applies to a presidential campaign.

Just look at the statement from The Texas Tribune on why Gohmert thinks that he's disqualified to run for president. It gives us further clarification on why he's not the best guy to join the debate stage.

To more completely describe his actual beliefs, Congressman Gohmert notes the Kennedy-Nixon debates created a line of demarcation beyond which television became the critical factor in being elected President which also meant there would be no more bald Presidents in his lifetime.

Not sure how Mike Huckabee is taking all of this.

Who knows if Gohmert's joke was actually a joke — and he is running? Probably not. The only joke here might be Louie himself.