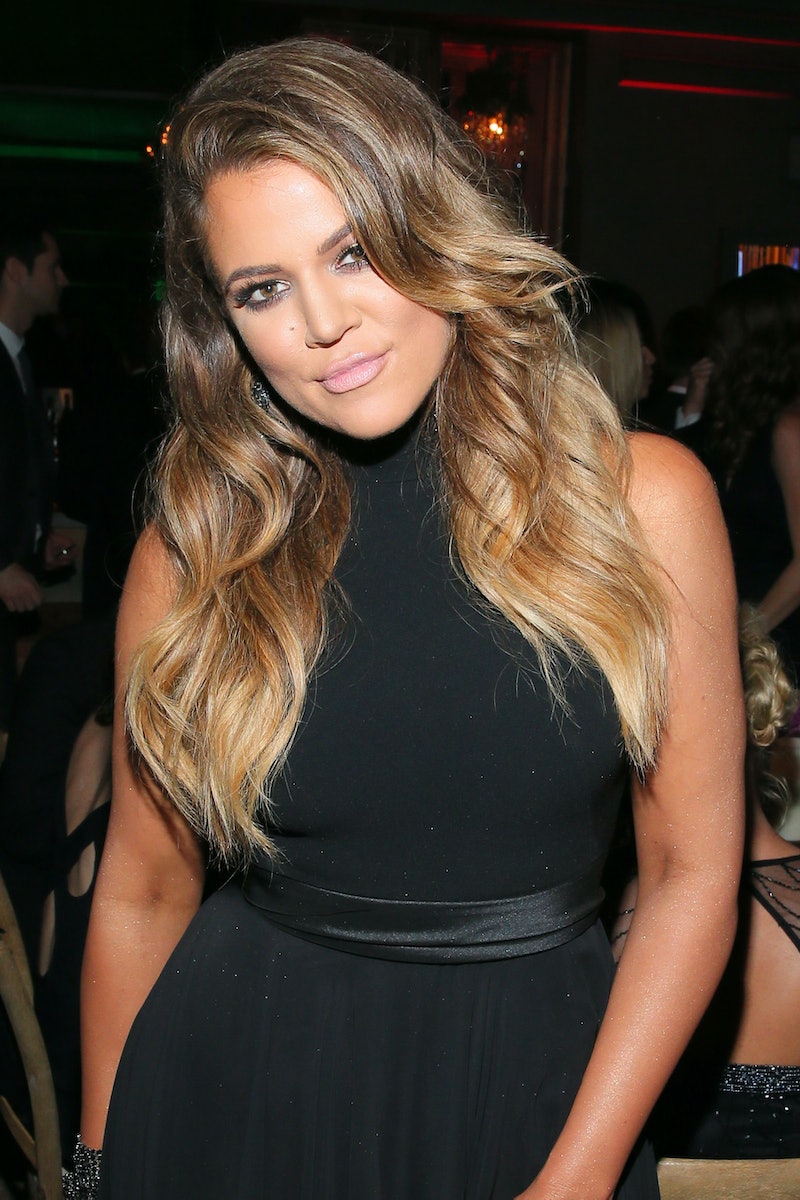 Please tell me I'm not the only one who was confused to see screenshots of poems in typewriter font taking over the Kardashians' Instagram feed? At first glance I saw the sign-off "r.m. drake" and, only noticing the word Drake, assumed people were quoting some obscure lyrics from my favorite rapper. I've noticed the likes of Khloe Kardashian, Kylie Jenner, Nicki Minaj, Sophia Bush, and Ludacris posting poems and verses from this person R.M. Drake, and I actually stopped scrolling past the words and actually read them. Especially when I noticed the timing. For instance, Kylie Jenner posted a cryptic R.M. Drake note when her mother Kris Jenner filed for divorce in September 2014. Then my actual friends started to post these R.M. Drake quotes and I had to ask myself: Who is R.M. Drake?

Is R.M. Drake a classical poet? I don't recall learning about this person in any of my classes. So maybe that old school typewriter font is just some sort of ruse for credibility? I honestly never heard the name until I saw it on Instagram.

So what does R.M. Drake stand for? It's an abbreviation for the Robert M. Drake, which is just the pseudonym for a man named Robert Macias. Drake is a self-published writer who posts snippets of his work on Instagram, Facebook, and Twitter. He has been able to build up such a strong following among celebrities and civilians to parlay this reach into publishing three books: Beautiful Chaos , Science: The stars in me are the stars in you , and Spaceship: A collection of quotes for the misunderstood .

In a Tech Times interview, Drake explained that he never expected his work to be a big Internet sensation:

It just started as an experiment. I honestly didn't think anyone would read it. It seems unreal, having such a huge celebrity following. Just yesterday I found out that Brandy was following me and I was like wow, that's cool.

With social media users with all levels of reach sharing his poems on a daily basis, it serves as the perfect word-of-mouth marketing plan.

I imagine that R.M. Drake is not the first author to post his words on social media platforms, so why did he become so successful? Drake doesn't really know, but he believes that his honest and personal words have really struck a chord in people:

The more I write things about myself the more that people relate to it. At least on social media, people want to expose how they're feeling and things they're going through and that's what my writing does. It's self-exploration and self-therapy.

So I guess this is one of the few instances where subtweeting and passive aggressive Instagram posting has actually benefited someone.

R.M. Drake tries to be pretty elusive, letting the words speak for themselves, but that doesn't mean he is inaccessible. In addition to reading his work on social media and in hard copy books, you can buy products with his quotes from his own Etsy store and on Amazon.

But who was he before he had this level of success? Drake is the son of very poor Colombian immigrants who suffered to make it through high school bullying in Miami, Florida. Drake explained his troubles in a February 2015 interview with Miami Herald, "I hated high school for the first two years. I experienced a lot of bullying" and this is when he channeled his angst and pain into writing. He continued this interest in writing when he majored in Digital Media at Florida International University.

He launched his famous Instagram page in October 2013 after he typed up snippets of his work and photographed them. Soon, his work picked up a loyal audience and people turned to his words when they needed the perfect way to express emotions on their own social media accounts.

Has Drake let that success go to his head? No chance. He has said, "People think because of all the celebrities who follow me that I'm some guy who lives in Beverly Hills and drives a Ferrari. It's weird." Drake doesn't just share his words for social media klout or profit. To this day, he regularly stencils his writing on walls and sidewalks in the Wynwood neighborhood in Miami.