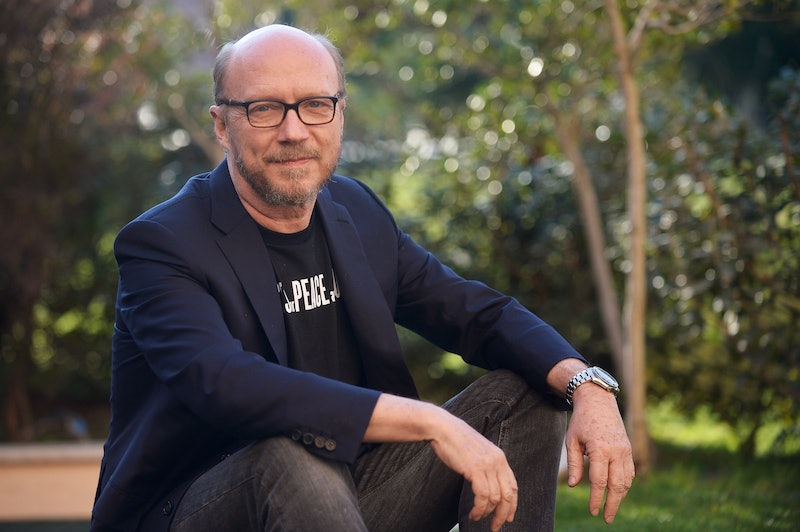 Names like Tom Cruise and John Travolta have long been attached to Hollywood's connection with Scientology. Another name Hollywood name, who was with Scientology for 35 years, is Paul Haggis, a screenwriter, director, and producer. Haggis, who is best known for his work on Crash, Million Dollar Baby, and Casino Royale, began his time with Scientology before he was in Hollywood, but had a very public resignation in 2009. With his resignation from Scientology, Haggis wrote an open letter to Tommy Davis, the former head of the Church of Scientology's Celebrity Centre International. And for those that have had questions about Scientology before, Haggis' letter proves to reveal some interesting facts from someone once on the inside, and while we see some of it in HBO's Going Clear, there's a bit more when you look at the entire document.

Haggis, who is also the co-founder of Artists for Peace and Justice, has since been very vocal on his thoughts of Scientology. When actress Leah Remini publicly defected from the Church in 2013, Haggis spoke on her departure in a letter, calling her exit "brave." But Haggis' most well-known letter was the one that he wrote to Davis to announce his departure from the Church. In the letter, Haggis spends a lot of time speaking on Proposition 8 and intolerance, as it was at the forefront of discussion in California at the time.

Here are some powerful and eye-opening quotes from Haggis' letter to Davis:

"I could not, in good conscience, be a member of an organization where gay-bashing was tolerated."

"The church's refusal to denounce the actions of these bigots, hypocrites and homophobes is cowardly. I can think of no other word."

On Supporting The Church...

"While I have not been an active member for many years, I found much of what I learned to be very helpful, and I still apply it in my daily life."

"... I openly and vigorously defended the church when ever it was criticized, as I railed against the kind of intolerance that I believed was directed against it."

On The Church's Contradictions...

"Despite all the church’s words about promoting freedom and human rights, its name is now in the public record alongside those who promote bigotry and intolerance, homophobia and fear."

On "Ordering" His Wife To Stop Talking To Her Family...

"...My wife was ordered to disconnect from her parents because of something absolutely trivial they supposedly did twenty-five years ago when they resigned from the church."

On Leaking Personal Information Of Members...

"I was truly disturbed to see you provide private details from confessionals to the press in an attempt to embarrass and discredit the executives who spoke out."

"How dare you use private information in order to label someone an “adulteress?” You took Amy Scobee’s most intimate admissions about her sexual life and passed them onto the press and then smeared them all over the pages your newsletter!"

"I am now painfully aware that you might see this an attack and just as easily use things I have confessed over the years to smear my name."

On The Other Members...

"The great majority of Scientologists I know are good people who are genuinely interested in improving conditions on this planet and helping others."

On Disconnecting With The Church...

"... After writing this letter, I am fully aware that some of my friends may choose to no longer associate with me, or in some cases work with me."

"I hereby resign my membership in the Church of Scientology."

You can read the full letter here.