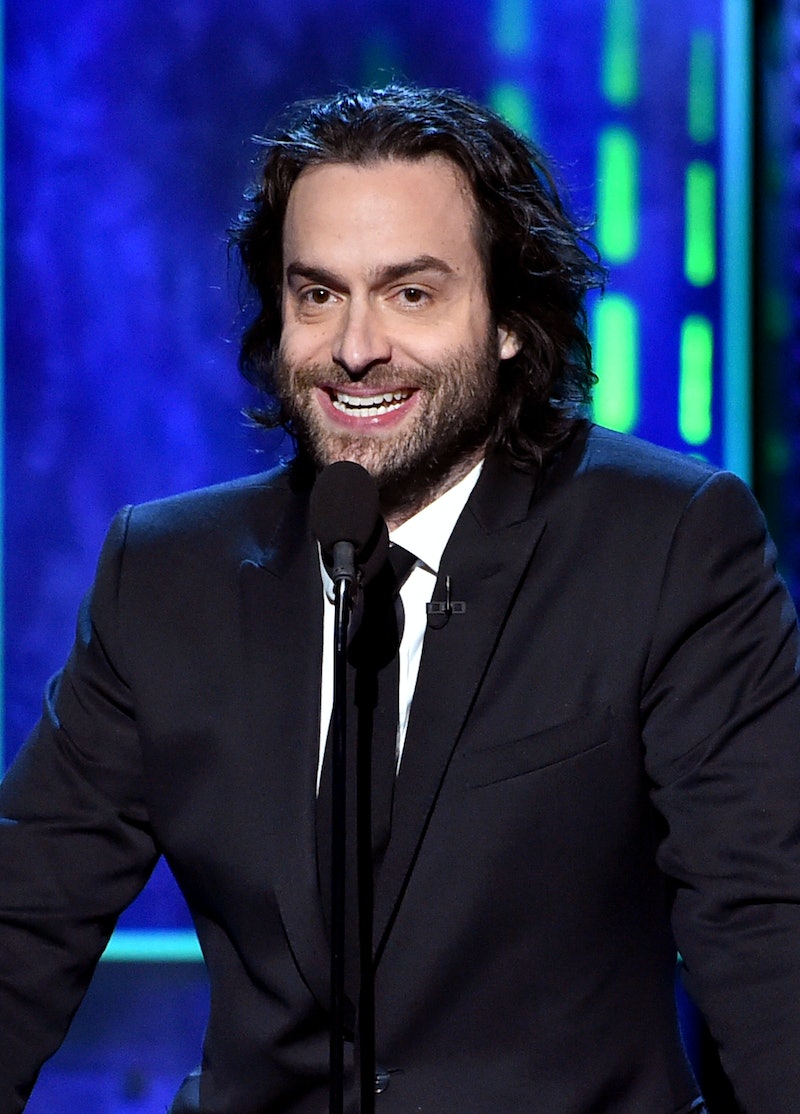 The Justin Bieber roast is sure to bring together some big names in comedy, music, sports, "news" (Ron Burgundy), and, well, Martha Stewart. Some of the roasters are Comedy Central roast regulars, some are friends and collaborators of Bieber's, and one is someone Bieber is just a huge fan of: comedian Chris D'Elia will help roast Bieber on the Comedy Central special, and from the looks of it, he does not go easy on young Bieber. D'Elia is an actor and comedian who may look very familiar, but in case you haven't been keeping a journal of all the times he crossed your path, here's a more detailed look at why Bieber is so smitten.

D'Elia is a comedian, actor, Vine star, and s'cute supporter who you've probably seen around TV or the Internet. He's also got a very strong social media following, actively using Vine for comedic six-second videos. He's also been on his fair share of comedy shows and stars on NBC's Undateable. Plus, this isn't the first time D'Elia will perform for Bieber, as he essentially roasted the young pop star at the Laugh Factory in 2013. But it's OK, Bieber is a huge fan of D'Elia, so they're all cool. In addition to his career, D'Elia also famously missed the point with his stance on the #YesAllWomen viral movement that was created in response to the tragic shootings at University of California at Santa Barbara. Here's hoping he's learned a thing or two since then.

But aside from questionable social commentary, here's what Bieber's favorite comedian has been up to:

D'Elia starred in the sitcom Whitney alongside Whitney Cummings. The show, which lasted 38 episodes, followed Whitney and her live-in boyfriend Alex (D'Elia) and their quirky relationship before being canceled in 2013.

NBC's Undateable, which is just starting its second season, is based on the book Undateable: 311 Things Guys Do That Guarantee They Won't Be Dating Or Having Sex by Ellen Rakieten and Anne Coyle. D'Elia plays one of the lead characters, Danny, who is a carefree single guy just trying to figure out this thing called life — and being "undateable." The second season added a new female character, perhaps to balance out the overwhelming dude-bro vibe of Season 1.

D'Elia is a pretty big deal on Vine. If you follow him on Vine, you'll find yourself watching a lot of "s'cute" videos, "Excuse Me, Sir..." videos, and a lot of singing videos.

Chris D'Elia is a very popular stand-up comic. At the Laugh Factory in 2013, D'Elia invited Bieber on stage and incorporated him into his stand-up routine (see: roasted him). If this is an indication of how the Comedy Central roast is going to go, it's going to be brutal.

D'Elia became vocal about the #YesAllWomen movement (on social media, the hashtag was used to share stories of sexism and violence against women) after the University of Santa Barbara shooting. In an that interview with Huff Post Live, D'Elia said, "I think it’s a little bit sh—y to what actually happened. I think that what happened was terrible, people died, and somebody’s like ‘a guy looked at my butt, people died, yes all women.’ I think that’s kind of rude to the people who lost their lives."

What D'Elia seemed to be missing from the social movement was that it was by no means diminishing the tragedy at UCSB, but instead promote a forum for women to share stories and bring awareness to misogynistic tendencies that people might not talk about.

It's a little worrisome, but here's hoping he's since gained some perspective on the matter.

More like this
Justin & Hailey Bieber's Bond Is "Unbreakable" Amid His Ramsay Hunt Diagnosis
By Bustle Editors
Selena Gomez Is Fine Being Single, But She Still Manifested Romance On 'SNL'
By Martha Sorren, Jake Viswanath and Jack Irvin
'The Undeclared War' Took Inspiration From This Gavin & Stacey Location
By Maxine Harrison
'The Undeclared War' Is A Must-Watch For 'Black Mirror' Fans
By Maxine Harrison
Get Even More From Bustle — Sign Up For The Newsletter