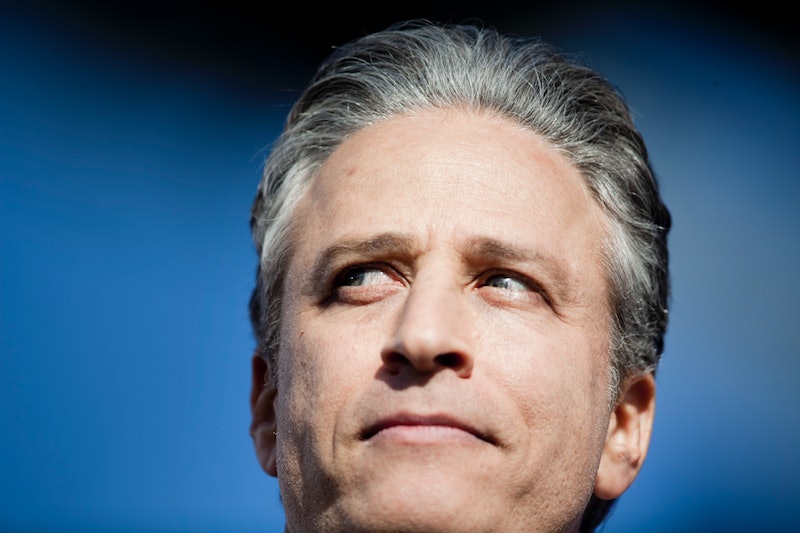 Jon Stewart hasn't left The Daily Show yet but it's getting easier to imagine what the show will be like without him as we get news his potential replacements. Trevor Noah is one such candidate; the South African comedian and The Daily Show International correspondent has emerged as a potential favorite to take over Stewart's reign on the series. Though you might not know his name yet, if he does become Jon Stewart's replacement as The Daily Show host, Noah will become a household name. In preparation for Stewart's imminent departure, I invite you to take a look at some of Trevor Noah's best moments on The Daily Show so far and join me in imagining a Stewart-less future that isn't quite as bleak as we once thought it would be, thanks to Noah's witty charm.

Though Trevor Noah has only been a correspondent on The Daily Show since October 2014, Noah has prior experience hosting a late show in South Africa which, combined with his stand-up comedy experience, makes him very fit to take over Stewart's position. Furthermore, as Variety noted, Comedy Central has recently placed credence on featuring people who hold "unique world views" and Noah's original take on American news and politics would add an interesting twist to The Daily Show's flavor.

Much like One Direction fans looking towards a Zayn Malik-less future, fans of The Daily Show probably don't want to think too much about what the show will be like without their beloved Jon Stewart. However, in light of all this talk about Trevor Noah, perhaps it is worth braving the future and imagining what The Daily Show could be like with Trevor Noah leading the charge. Take a look at some of Noah's best moments on (and off) The Daily Show and you might be surprised at how easy it is to imagine him in Stewart's seat.

Jon Stewart is never afraid to call America out on its flaws and Trevor Noah displays similar candor during his The Daily Show debut.

An Inspirational Message from Trevor Noah

Noah has some inspiring messages for the youth and teaches us it's okay to laugh at ourselves.

He might be from South Africa but Trevor Noah is fluent in speaking basic bitch. Like, if you're from Africa... then why are you white?

Trevor Noah on the Censorship of Hip-Hop Music

"Who are the people who made these laws? Who was that person who was like, 'You know what, you know what, I just can't handle the cussing... I just candle handle it... Please, cut it out. But keep the misogyny... keep that in... 'cause these hos ain't loyal.' Like, who was that?"

Trevor Noah on Sports in America

Trevor Noah pokes fun at how seriously America takes sports. He also showcases his uncanny talent for accents and impressions (and proves to me that I would watch just about anything hosted by Trevor Noah, even SportsCenter).

More like this
'The Undeclared War' Took Inspiration From This Gavin & Stacey Location
By Maxine Harrison
Michelle Obama & Taylor Swift React To The Supreme Court Overturning Roe v. Wade
By K.W. Colyard
Julie Andrews Revealed A Surprising Behind-The-Scenes 'Bridgerton' Detail
By Grace Wehniainen
Who Is 'Umbrella Academy' Star Elliot Page Dating After His Divorce?
By Jake Viswanath
Get Even More From Bustle — Sign Up For The Newsletter