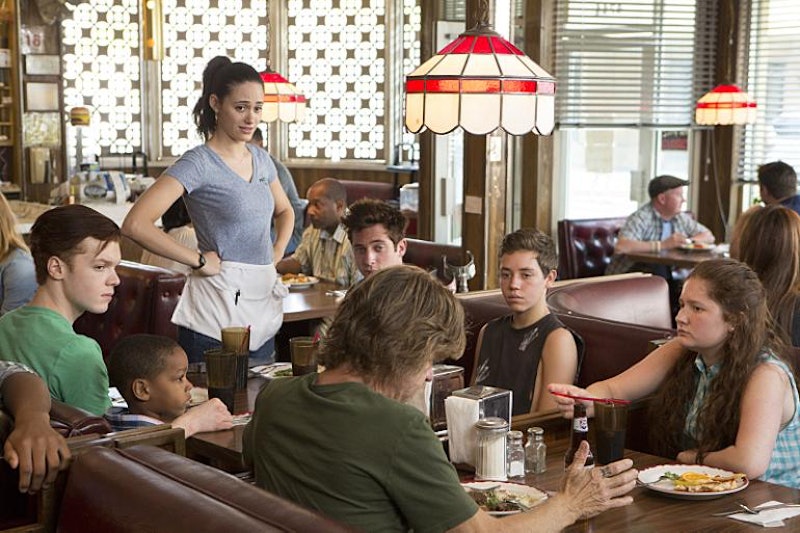 It might not seem like it, but your favorite Shameless character can say lots about you. I know what you're thinking: But it's just a TV show! How could it possibly give away details about your personality and your life? Well, it's true: Like your favorite book, favorite movie, or favorite sports team, your favorite Shameless character can reveal a lot about you past, present, and even your future. Luckily for you, I just happen to be a master in figuring out what exactly it reveals — and luckily for you, I happen to have laid it all out here.

Shameless, of course, is a show that boasts a lot of characters — so there are a ton of possibilities when it comes to choosing your favorite in the series. Is it Fiona, the nurturing mother hen with a wild streak? Lip, the smart kid from the wrong side of the tracks? Frank, the absentee father who cares more about bottles of whiskey than his own kids? Trust me, whoever it is, you choosing them as your favorite describes you as a person more completely than any personality test or Myers-Briggs Type Indicator ever could.

So, without further ado, let's take a look at the possibilities:

You're responsible when you need to be, but you go through wild, party-heavy phases sometimes — sometimes because you're frustrated with being so responsible all the time, and sometimes because it's just in your nature to get a little crazy. You're extremely protective of your family and friends, and if anyone tries to mess with your clique... well, they end up regretting it. A lot. (Let's just put it this way: You have sharp nails.)

You've always been known as the smart kid, and spend most of your free time reading the types of books that your friends probably tried to avoid reading in school. You may have rejected your intellectual side in the past (being the smart kid in class isn't always the easiest thing to be), but you embrace it now, because who cares what anyone else thinks? Besides — nerds are totally in.

You've always had big aspirations, but lacked the patience to put in the work necessary to achieve them. You know that you've got what it takes to do what you want to do — why should you have to put in years preparing yourself when you could jump right into it? You probably binge-watched Breaking Bad in like two days.

You have really strong opinions about Britney Spears' early work, and aren't afraid to defend them however you need to — even if it involves incorporating all that Krav Maga training you have. Hey, you invested in it for a reason, right?

Kevin McCallister from Home Alone had nothing on you as a kid: If burglars were trying to break into your home when you were home alone, not only would you have protected your home with a series of genuinely witty traps, but you probably would have scared the hell out of them in the process. As an adult, your favorite show is Fear Factor.

It's very likely you share a name with a famous rock star, like Liam Gallagher from Oasis, or Steven Morrissey from The Smiths. As a result, you probably have a lot of feelings about most things.

You pretend like you know the difference between expensive bottles of wine and the cheap stuff you can find in your local CVS, but you really don't. Seriously, it all tastes the same.

When you were a kid and your teacher asked you what you wanted to be when you grow up, your answer may have been something like "mermaid" — which, you know, just means you've got ambition! You're great with kids, but you might sometimes have more fun playing with their video games than they do.

You're feisty, fun, and passionate about everything — whether it be love, or your feelings on the new season of The Bachelor.

People think you're tough as nails, but you're really just a softie — your Tumblr account is totally proof of that. Your favorite movie is probably Love Actually, because damn if that storyline with Liam Neeson isn't the sweetest thing ever. (That said, you tell everyone that your favorite movie is The Departed.)