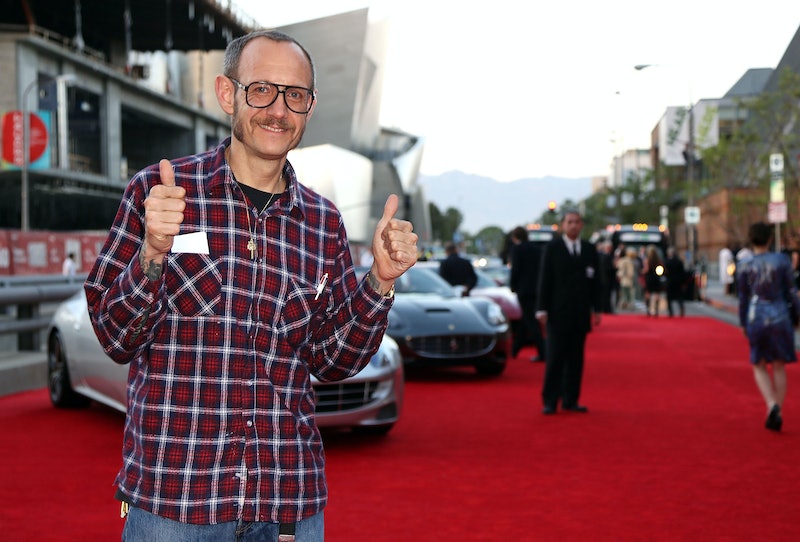 You've heard it again and again: Terry Richardson is a pervert. Actually, "pervert" is more of a euphemism; if we want to get technical, the man is an alleged sex offender, but no one seems to be doing anything about it.

A new Change.org petition, started by Alice Ehrenfried of Southampton, is calling for a stop to all this. The petition, titled "Big brands: Stop using alleged sex offender Terry Richardson as your photographer," begs industry players like Vogue and H&M to stop hiring Richardson, who's been accused of sexually exploiting model after model, both by taking degrading photographs of young girls and encouraging models to perform sex acts on Richardson himself.

More awareness needs to be brought to light that Terry Richardson is negatively influencing media with his supposed exploit & abuse of certain models, mainstream degrading pornographic imagery, and inappropriate and unprofessional behavior. His contribution to society has a bad impact.... By continuing to employ him for editorial fashion shoots, or to run advertising campaigns shot by him is to CONDONE his behavior.... Action needs to be TAKEN NOW. Surely big companies don't want to associate themselves with the accused? In many of his images, Richardson has an amateur style of photography including girls made to look underage, hurt and exploited. We need to raise awareness and encourage these models to come forward. If these allegations are proven be to true, justice needs to be brought about.

As of this writing, the petition has already gained more than 5,000 signatures, but is going for 50,000. One commenter, Jared Lukacs, writes:

This is 2013. Anyone photographer who thinks its funny to photograph a woman sitting in a garbage can, or with the word slut painted on her face while giving him a blow job is not a progressive artist who should benefit financially from women's fashion.... Violence and sexual violence against women is real--jerks like this do not help the culture that perpetuates violence against women. That this person stands accused of crimes is troubling as his position of power already puts those victims at a disadvantage.

Maybe if the petition reaches its goal of 50,000, something will be done about Terry Richardson. Maybe. In all likelihood, he'll keep getting those high-profile gigs.

Allegations have been brought against him again and again, and everyone has heard them — they're as much a part of his image as that plaid shirt or those creepy uncle glasses. Brands are choosing to ignore the seedier side of his reputation when they work with him, and 5,000 or even 50,000 angry voices may not be enough to matter to the fashion industry.

What's needed is for someone powerful in the industry to take a public stance against his behavior. If one major brand would stop hiring him, or even just publicly demand better behavior on his part, maybe we'd see some change.