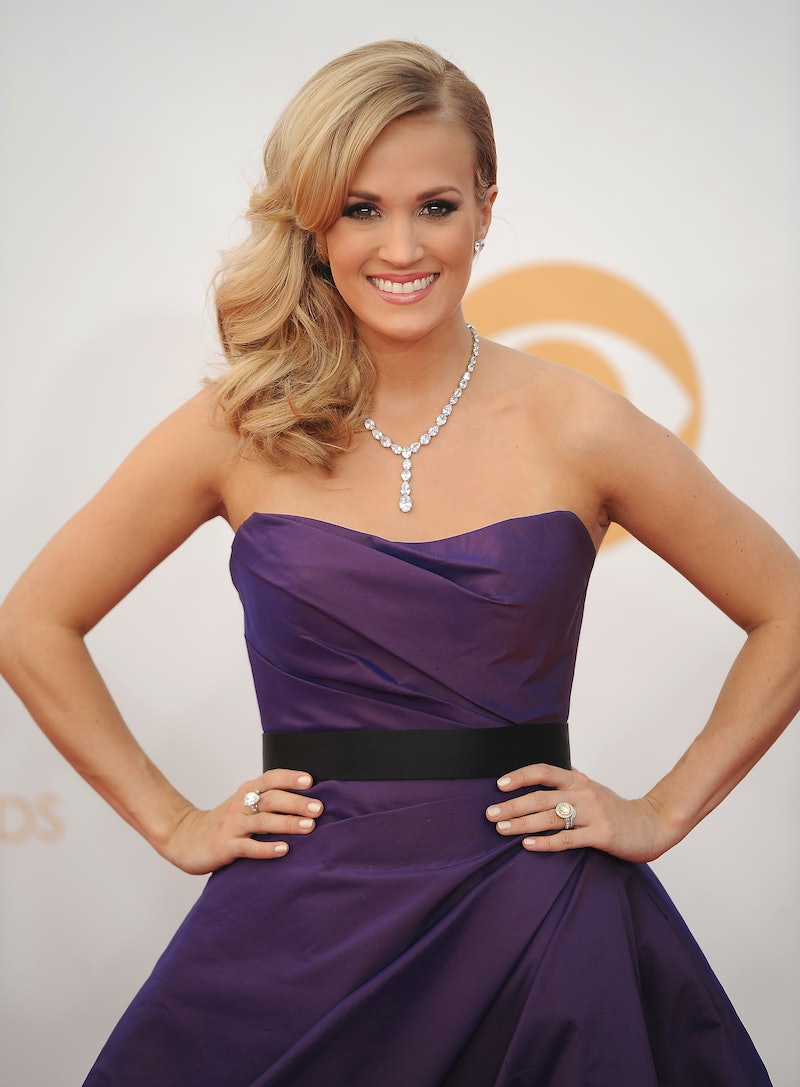 Stop what you're doing and prepare yourselves, because there's a whole lot of adorableness coming your way. Carrie Underwood is finally showing off son Isaiah Michael Fisher! On Sunday, the singer shared the very first photo of her firstborn and there really are no words to describe the cute as a button bundle of joy. As you can see for yourself, Underwood captioned the photo, "The Predators are in the playoffs! Just waiting to get called up! #PutMeInCoach."

For those who don't know, Underwood is married to Mike Fisher, a professional hockey player who plays for the Nashville Predators. Obviously, Isaiah is already taking after his athletic dad. Clearly, since he's holding a mini-hockey stick that means he will one day be playing hockey just like his dad. Can you see these two skating around the rink together? Yeah, it's going to be a not-to-be-missed moment. Also, you know he's probably going to inherit his mom's singing chops, which means Isaiah is going to turn out to be one talented dude.

Underwood and Fisher welcomed Isaiah into the world on February 27, where she announced the news via social media. In addition to revealing his sweet and traditional name, Underwood also shared a photo of Isaiah's little hand as a way to tease fans.

Now, we're seeing him for the first time and if I do say so myself, Underwood and Fisher are two very lucky parents to have such a sweet baby boy.