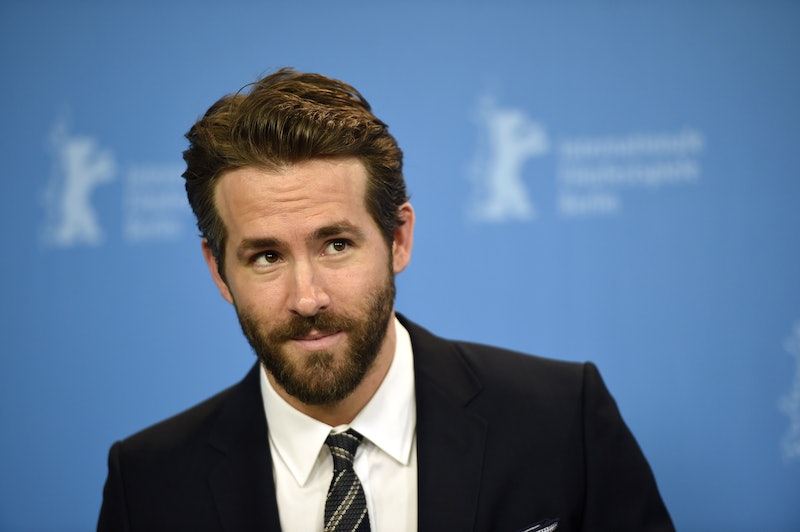 You know, it's a common misconception that teen fan girls and boys are the only people distraught over the One Direction shake up. Zayn Malik peacing out of the beloved Brit band effects us all, even debonair, grown, successful people that probably have way, way better things to worry about. More specifically, a particular debonair, grown, successful person we all love, Ryan Reynolds, actually weighed in on the pop culture conundrum. Because at this point, how could he not? Reynolds quipped about Malik's news on Twitter Sunday evening and it's clear he's one of those people asking their bosses for "compassionate leave" from work.

Well, maybe not. The actor was asked by a Twitter fan, "@VancityReynolds how sad are you about Zayn leaving One Direction?" And, being the charming and humorous guy he is, Reynolds cheekily replied, saying, "I refuse to believe this. That's like Taylor Swift leaving Taylor Swift." Indeed it is, Reynolds. Except, let's be completely candid here. If Taylor Swift left Taylor Swift, America, nay, the world would "never, ever, ever" be able to recover. Though Malik's decision has undoubtedly affected a plethora of people, this is something I hope that they can eventually overcome.

Note to Reynolds: A Taylor Swift-less music world is not funny... until you make a pretty awesome joke about it, and then I guess it totally is.