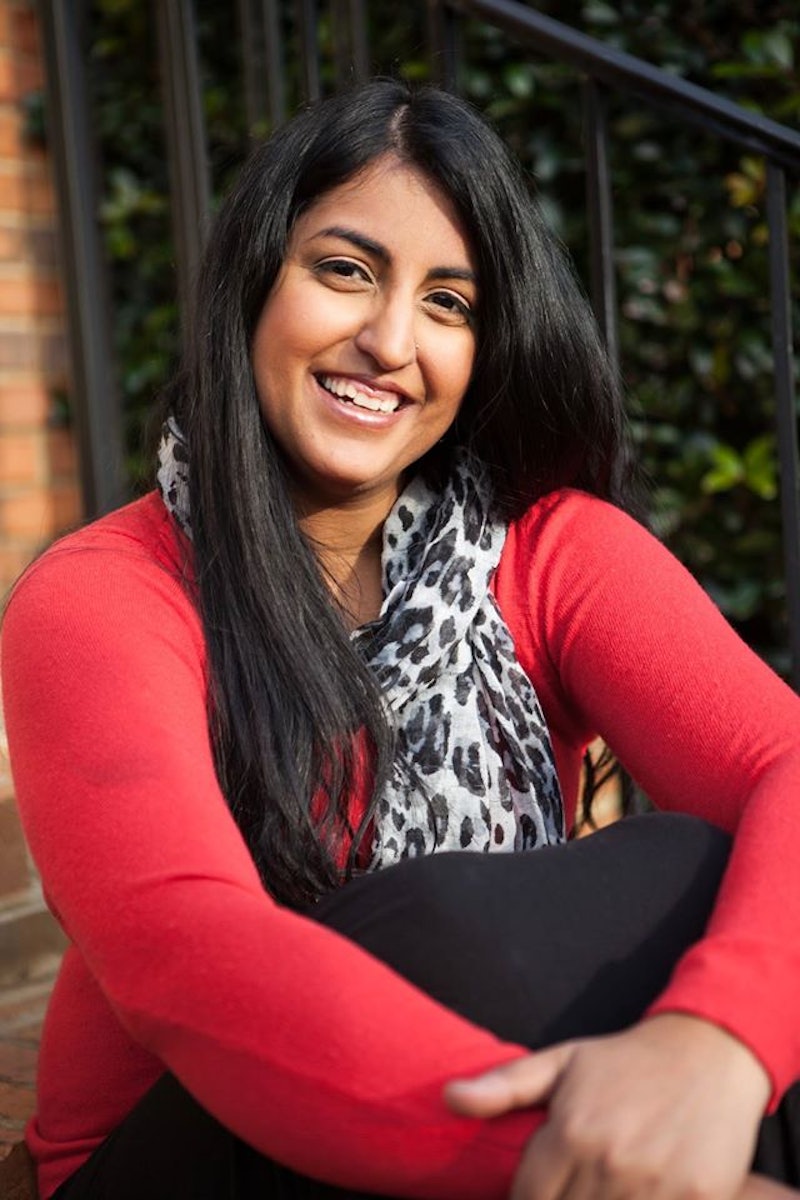 From Guinevere and Lancelot to Romeo and Juliet and through all of their modern interpretations, forbidden love stories have stung the hearts of readers for centuries. Aisha Saeed's YA novel Written in the Stars continues the genre but expands it, exploring forced marriages, a perversion of the cultural tradition of arranged marriages.

Written in the Stars brings to light the all-too-common occurrence of forced marriages through the fictional story of American teenager Naila, born to Pakistani immigrant parents. While they have been fairly liberal in their parenting, allowing Naila to attend a public school, participate in activities she'd like (where she studies to head to college and become a doctor), and wear whatever she wants, one thing is extremely strict: No dating, because Naila's parents will choose an arranged marriage for her. Naila, as teenagers will do, breaks the rules, though, and she falls in love with Saif. And as parents of teenagers will do, Naila's parents catch her, and they decide to take a summer trip to Pakistan to teach Naila about her heritage and traditions.

However, as Naila learns slowly with the help of her supportive cousin and reliable friend Selma, the vacation is a ruse; Naila is in Pakistan so her parents can set her up in an arranged marriage against her will, and she will be left in Pakistan as they return home. She won't get to attend college, and she won't see Saif again. Naila doesn't let go without a fight, running away several times and hiding a cell phone to call Saif, but her hope dwindles as she realizes that she won't be able to find any help and maybe hanging on to Saif is only hurting him.

Written In The Stars by Aisha Saeed, $11, Amazon

It must be noted that Saeed herself is in an happy, fully consented arranged marriage, and she does not aim to disparage the Pakistani tradition, but rather the lengths some adults go to coerce young women into lives they haven't chosen through threats and even violence and rape. Saeed goes on to say in her Author's Note that while Naila's story is fictional, it is the reality for women across the world, not just in Pakistan.

Written in the Stars is a novel you won't soon forget. Its beautiful depictions of Pakistani traditions, from the food and gorgeous clothing to the rituals of hosting guests and family, are contrasted against the brutality and horror some women face in distorted traditions of the culture. But throughout, there is hope, even if it's only a tiny flicker. And that is not just about the forbidden love between Naila and Saif, though you will cheer for them, but in the ambition and strength of Nalia, who will do anything to achieve a life where she can follow her dreams.

These eight other YA forbidden love stories will have you cheering the unlikely couples as they fight for their relationship above their circumstances.

Mal Peet's Cold War-era forbidden love story as alive and passionate as experiencing first love itself. The Cuban Missile Crisis has the entire world on edge, just waiting for something happen and push the world into war. In England, working-class Clem falls in love with the wealthy Frankie, and their star-crossed love story feels just as urgent as the world around them.

Two neighbors living on the same street in Brooklyn never meet until the night a hurricane traps them together in an elevator. Devorah grew up in a strict Hasidic household and Jax is a non-Jewish African-American boy, so even their talking is forbidden by Devorah's family. But after they leave the elevator, they find themselves drawn back together, falling in love, and risking everything to have secret meet-ups and continue their relationship.

Ah, there's probably no more forbidden love than that between someone alive and someone dead, or undead. Zombies are generally known as predators of humans (I mean, we've seen The Walking Dead), but in Warm Bodies, one zombie falls for a living, breathing, blood-pumping human girl and things get scary, and scary funny from there.

Moon at Nine by Deborah Ellis

Homosexuality is punishable by death in Moon at Nine, set in 1988 Iran. So when15-year-old Farrin falls for and begins a romantic relationship with her friend Sadira, "forbidden" doesn't even quite cover it. Deborah Ellis wrote her novel based in real-life events, so it's grounded in true depictions of Iran's history, which makes the story even more powerful.

In a dystopian society where love is considered a curse and on their 18th birthday everyone has, essentially, a lobotomy to remove the part of the brain that experiences those strong emotions, Lena was sure she'd follow in line and never follow in love. Which is why when she meets Alex, who teaches her what it means to be alive, it's terrifying and passionate all at once. Disclaimer: I sobbed behind a pair of sunglasses on the subway reading Delirum, so beware.

Going Over by Beth Kephart

Lovers Ada and Stefan are about as divided as you can be within a small geographical area: They live on opposite sides of the Berlin wall in the early 1980s. The two are only able to find their way to each other four times a year, but that doesn't stop them from scheming for one day Stefan to escape East to West and be together forever. Kephart puts readers right into the conflict, as Ada rebelliously graffitis the wall and Stefan evades the terrifying East German secret police, the Stasi.

Tell Me Again How a Crush Should Feel by Sara Farizan

Laila's Persian heritage means her parents are strict about dating already, so when she falls for the new girl at school, Saskia, she has to keep not only her relationship but part of her identity a secret if she doesn't want to disappoint her parents. Farizan tells Laila's story with such compassion and honesty that you'll relate to it, no matter your heritage, sexual orientation, or age.

You Come Softly by Jacqueline Woodson

Brooklyn-native Jeremiah, or "Miah," is one of the only black young men in his new Manhattan prep school. He sticks out and always feels like an outcast, until he meets Ellie. From the first eye-lock, the two know there's definitely a chemistry between them. But the fact that Ellie is Jewish means that their relationship would be frowned upon (sometimes subtly, sometimes overtly) by her family, school peers, and outsiders. Your heart will go pitter-pat over Miah and Ellie and you'll basically want to yell at everyone around them who shames their love story.

More like this
Gen Z Are Twice As Likely To Identify As Queer, According To New Data
By Sam Ramsden
Delia Cai’s Small-Town Romance Goes Beyond The Tropes
By Samantha Leach
10 Equally Romantic & Heartbreaking Books From British & Irish Authors
By Shahed Ezaydi
Jessica Simpson On The Time She Was Pursued By A Backstreet Boy & An *NSYNC Member
By The Editors
Get Even More From Bustle — Sign Up For The Newsletter
From hair trends to relationship advice, our daily newsletter has everything you need to sound like a person who’s on TikTok, even if you aren’t.