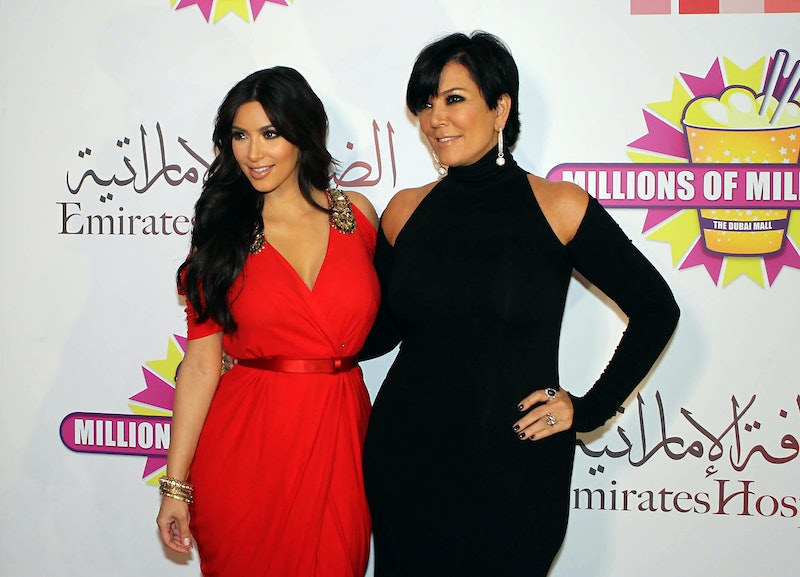 Hey, remember that scene at the end of last week’s episode when Kris Jenner casually referenced that one time she did a keg stand? What a fun scene. On this Sunday’s episode of Keeping Up With the Kardashians , the matriarch of the Kardashian-Jenner krew didn’t mention or do a traditional keg stand. But all is not lost: Instead, she did a keg stand with her nose and some salty water. (Because really, what is a neti pot if not a keg for your nose?) As Kris jammed the neti pot into her nostril and showed Kim Kardashian how the nasal irrigation device works, my heart swelled two sizes. I’ve never felt closer to the Kardashian-Jenners more than when Kim said, “That’s disgusting,” and continued to watch the solution pour from her mother’s nose. Why on earth would I feel a kinship with them and the neti pot moment? Because my mom and I have shared a similar moment. My mom also demonstrated how to use a neti pot after I complained about my seasonal allergies. K Stars: They're just like us.

Alas, the moment was not identical. Unlike Kimmy K., I opted to give the neti pot a whirl. (I used it for maybe a month. After I read too many scary things on the Internet about it, I stopped using it entirely.) Kimmy K. was not about to mess with that saline solution. Sigh. Kimmy K. and I aren't so alike after all.

If you do dabble in the neti, I advise that you don't search "neti pot deaths." You won't be able to sleep for at least a week. Two words: BRAIN AMOEBAS.