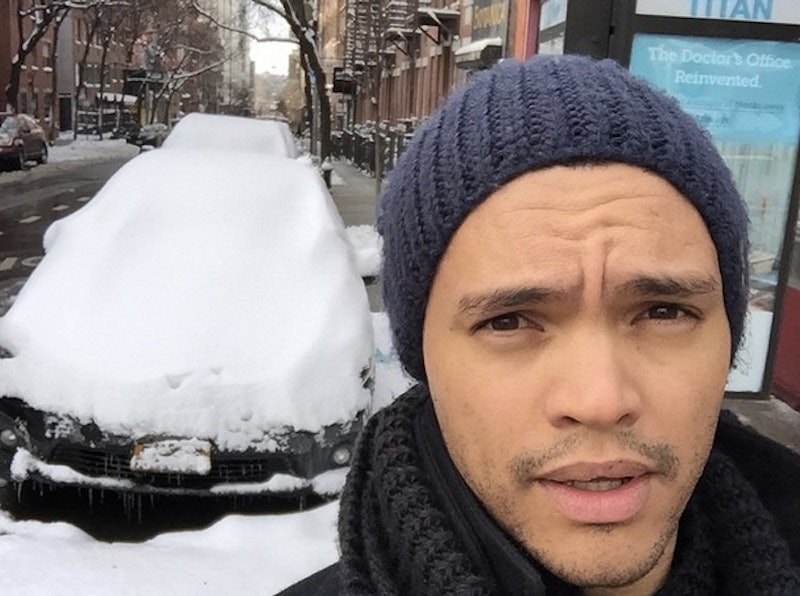 It's safe to say that Trevor Noah is having a very good day. After all, it was announced on Monday morning that Trevor Noah is officially replacing Jon Stewart as the host on The Daily Show. It's definitely a cause for celebration, but some fans might be wondering if the South African comedian has anyone in particular who he is celebrating the exciting news with, a lady friend specifically. As it turns out, he does!

(Update: According to Us Weekly, Noah is now reportedly dating a model named Jordyn Taylor.)

A quick glance through the funny man's Instagram shows that he looks quite taken with his girlfriend Dani Gabriel, whom he has been seeing at least since last February, according to the South African magazine You. And she isn't shy about showing the love for her beau on social media either. Since Gabriel is not as well known as her man is, some may be wondering a little more about who she is and what she does. Well, if Noah was looking for a smart lady with a knack for learning about and practicing all things fitness, it looks like he hit the jackpot with Gabriel. She is a physiotherapist based in Cape Town. And judging by social media, she is never NOT on the go or on the move.

No matter where she is though, it looks like she is happy to support her man, as seen from the tweet above that she posted not long after the announcement came that he would be Stewart's replacement.

But when she's not casually hanging out on a yacht with Noah, as seen here in a candid snap from last February, she is raving on Instagram about her enthusiasm for fitness like practicing jiu-jitsu. It's not unusual for her to share photos or videos of her sporty passion. For instance, she has shared snaps of her weight lifting routines, her progress with chin ups, and even a snippet from her first fight.

She also posts quite a few gym selfies and smiley photos with her teammates, but if nothing else, it shows that her fitness routine has definitely led to some impressive results. As can be seen by her posts about her work, it looks like she wants to see those same kinds of results for other people as well, and encourage them to take time to make a positive change.

It is not much of a mystery why Noah looks so happy to be with her — and why he reportedly has been visiting Cape Town more and more frequently and even bought an apartment in the city. Luckily, Gabriel has not kept her feelings for him much of a mystery either, writing sweet shout-outs to her man, such as, "I could be happy anywhere in the world with you. And still be happiest when we both laying quietly playing candy crush." If that's not love, then what is?