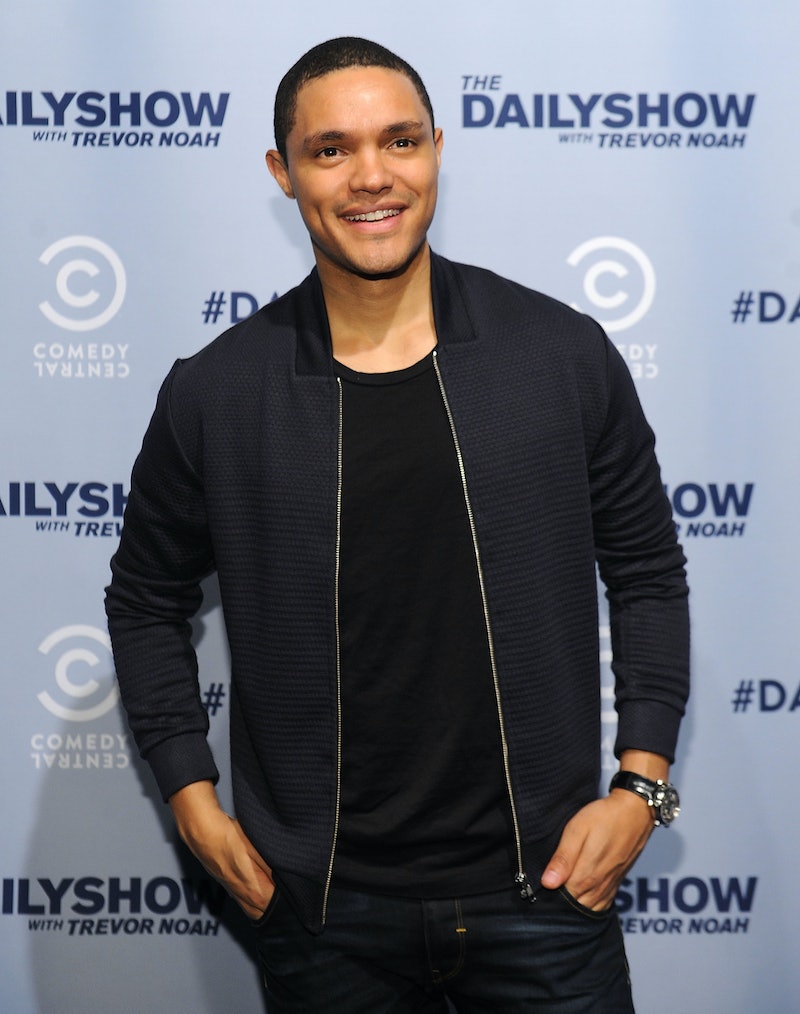 Late night television's new favorite funnyman is off the market. According to Us Weekly, Daily Show host Trevor Noah and his girlfriend, Jordyn Taylor, attending a premiere party for the show in late October. And now, the South African comedian and his sweetheart have been photographed taking a romantic walk in New York City's Upper West Side neighborhood together, holding hands all the while and even sharing a kiss. Upon seeing the photo, some fans and followers might be wondering who Trevor Noah's new girlfriend is and what she does.

According to Us Weekly, Taylor is a model, who is originally from Los Angeles, but she currently works in New York. The 24-year-old is employed by Ram and models in auto shows. Along with being a model, she is also a singer. When she was 15 years old, she signed a record deal and later released two albums. One of her songs was even featured in Isla Fisher's movie Confessions of a Shopaholic , according to Marie Claire South Africa. Aside from her work in modeling and music, she has also made quite a name for herself on social media, with more than 19,000 followers on Instagram and more than 11,000 followers on Twitter. So, she is obviously a digital force to be reckoned with.

In the midst of sharing fashionable selfies and snaps with her girl squad in beautiful backdrops, Taylor has made a point to virtually shout out her beau on social media from time to time. It's awesome that she is so supportive of him, especially since it's been reported that their relationship is quite serious.

Us Weekly reports that the couple lives together in New York. If true, it definitely points to this relationship being more than just a fling. And, as it turns out, Noah and Taylor didn't meet each other just yesterday. They actually met each other shortly after the 31-year-old comedian first moved to New York to begin his new job as the host of The Daily Show earlier this year. It definitely seems like they are proud to show each other off, especially since Noah took the time to introduce her at his big premiere bash and because Taylor has taken the time to be the cheerleader for her beau in his huge career leap, as seen in the below photo.

Sadly, Taylor has not shared any adorable pictures of the two together on her social media pages, but if the photograph of them together walking around New York together is any indication, there is definitely a big spark between them.