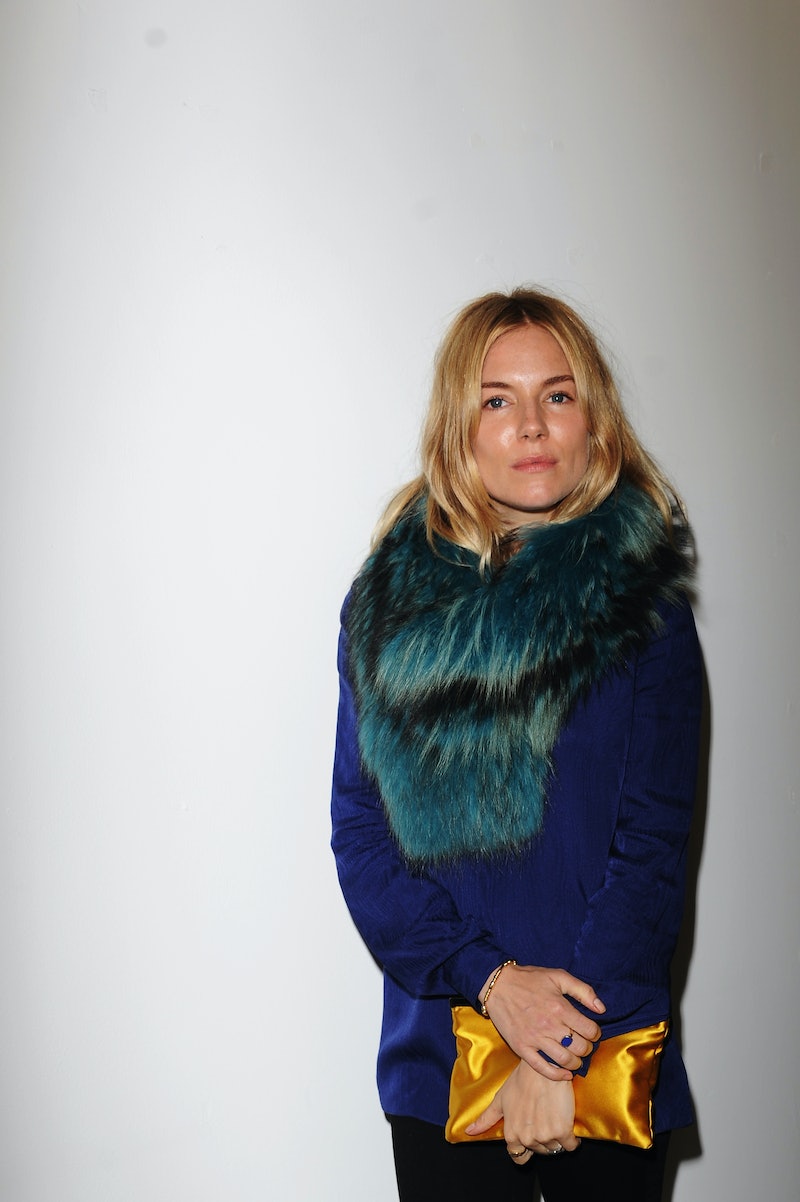 It's the end of an "It Girl" era. Sienna Miller has unofficially resigned as one of our favorite style icons, confessing in a recent interview to Elle that she is kind of over fashion.

It was Miller's rise to fashion fame that made her dislike it so much: "The way I dressed became so imitated that I kind of fell out of love with it."

Perhaps it's just a dark style period in her life. Miller is hopeful that she'll fall back in love with clothes again, but as of now, her focus lies elsewhere: Her new baby. "It’s pretty hard to be a new mother and think about fashion, but I hope I’ll get my style mojo back one of these days,” she said.

Miller's quote admittedly caught us pretty off-guard — and so did these other celebrity quotes on style.

Oh, Gwyneth. Just when you've almost convinced us that you're kind of like us, with your obsession with cheese and your love for Beyonce, you go and say something like this. And although it is severely obnoxious, she's just being honest. No one with a $25K salary can afford her $79 socks or the $2,000 basic white dress goop teamed up with Stella McCartney to make.

2. Christian Louboutin wishes “That everybody could afford my shoes.”

In AnOther's Proust questionnaire with Christian Louboutin, the world renowned shoemaker revealed that if he could wish one change in the world it would be that everybody could afford his shoes. Thanks, Christian. Now, make it happen.

3. "Golf is a sport for white men dressed like black pimps." —Tiger Woods

Gasp...? OK, maybe you're not totally surprised by what Tiger Woods has to say anymore, but this particular thought on fashion comes a little unexpected. We don't know if Ben Hogan or Arnold Palmer would agree with this statement.

4. "When I come home I actually take off all my clothes, and I wear no clothes until I leave. I eat naked. I do everything completely naked." —Tom Ford

Everyone may be rocking Tom Ford, but the fashion designer himself might actually be rocking nothing at all. In an 2011 interview with Interview, the man famous for designing beautiful tailored suits and shirts revealed that he preferred being in the nude rather than dressed in any kind of clothing at all.

5. “I feel like every girl is trying to have a beauty shot and prove that they’re ‘fashion.’ But I can be in white leggings and a white sports bra and I’m on a whole other level of shit that those girls don’t even get yet because they don’t know how to do it.” —Miley Cyrus

In a recent interview with Harper's Bazaar, Miley Cyrus really laid out her thoughts on her personal style, confirming that she is nowhere near close to lacking in confidence.