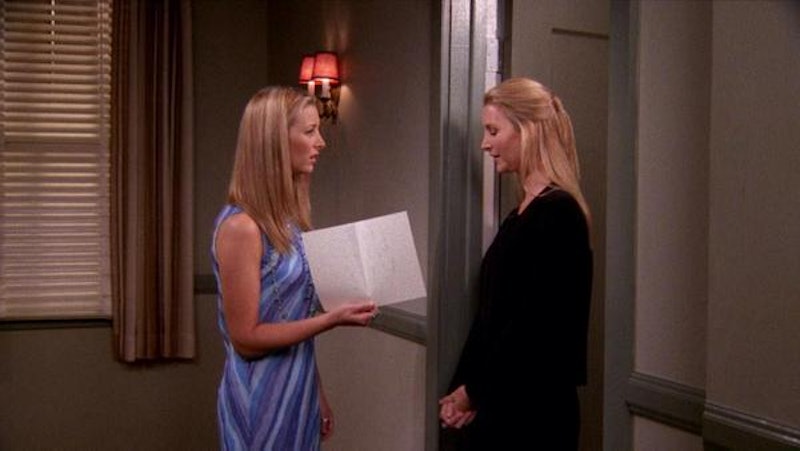 If you're a Friends fanatic and a Lisa Kudrow lover, then this very special Venn diagram will speak straight to your soul. On the hit NBC comedy that ran for 10 straight years, Lisa Kudrow played Phoebe Buffay, who was eccentric, hated meat (except for that time she was pregnant), loved her friends, and had one unique family. Throughout the decade on air, she also played Phoebe's twin sister, Ursula Buffay.

Funnily enough, before Phoebe became the favorite sister, Kudrow originated the role of Ursula on Mad About You (remember that time Helen Hunt and Leila Kenzle made a Friends cameo?). Yep, we knew Ursula before we knew Phoebe. With that said, as soon as Friends came on the air, it didn't take long for Phoebe to become the more famous and beloved twin.

As we saw throughout the comedy, Phoebe had a way about her that drew in viewers. You couldn't help but adore Phoebe and want to give her a hug every time she mentioned that messed up family of hers. When it came to Ursula, well, she was just plain irritating and selfish. No wonder Phoebe and Ursula were never close. They couldn't be more different, which is where this Venn diagram comes into play.