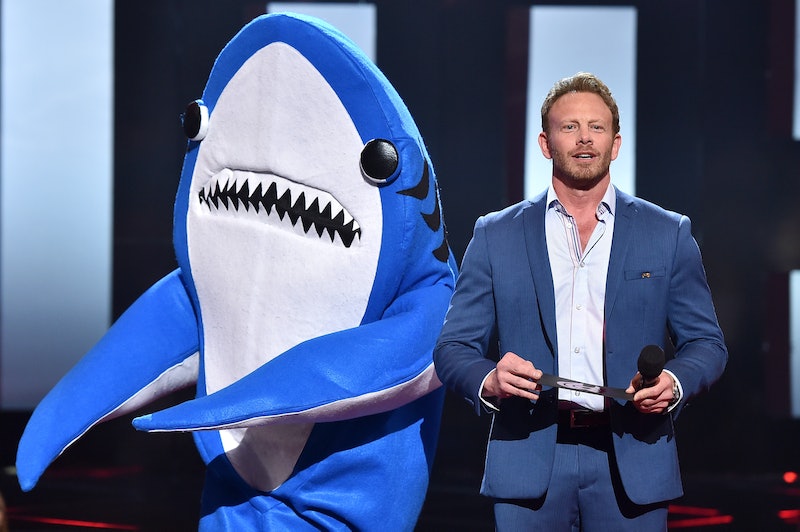 Missy Elliot may have been hyped up as Katy Perry's Super Bowl performance's biggest guest star, but someone stole the show from both Elliot and headliner Perry — and it wasn't even a person. Fans watching at home were instantly smitten with Left Shark, one of Perry's costumed dancers during her "California Girls" number who didn't exactly follow along with the dance steps properly. In fact, while his counterpart Right Shark seemed really on top of the game, Left Shark could seemingly not be bothered by the choreography of the number, so much so that the choreographer, RJ Durrell, went on record stating that the ridiculous dance moves were actually a part of his choreography:

The sharks were given two main objectives. One, perform Katy’s trademark moves to the “Teenage Dream” chorus, which they both did perfectly; and two, to have loads of fun, and bring to life these characters in a cartoon manner, giving them a Tweedledee/Tweedledum-type persona. Clearly, that was portrayed with the overzealous shark on the right hitting precise dance moves, while the left shark was playing up the more goofy, fun-spirited sports-fan mascot type, who was just happy to be at the Super Bowl.

Not totally sure I buy the idea that Left Shark purposefully portrayed a carefree shark while Right Shark was his Type A twin — it seems way more likely that Left Shark just couldn't see very well in his costume and lost track of his moves. That's what the man inside the Left Shark costume, Bryan Gaw, hinted at on the red carpet for the Los Angeles screening of Perry's concert movie Katy Perry: The Prismatic World Tour:

I was like, "Oh, people love it." I was just like, okay, live it up. I was just in the moment, having fun. I mean, you're at the Super Bowl. At least I made it into my costume on time, I didn't kick anybody over.

Check out what Gaw looks like when he's not playing a shark:

Not bad, right? Definitely would trade fins in for those boots.

More like this
Watch Emma Raducanu’s Incredible Response To Her Early Wimbledon Exit
By El Hunt
Prince William Reveals Charlotte's Hidden Talent In Ultimate Proud Dad Moment
By El Hunt
The 'Hocus Pocus' Sequel Finally Has A Release Date & It Makes Total Sense
By Shannon Barbour and Radhika Menon
“The Door Is Always Open” For Another 'Breaking Bad' Spin-Off, Says AMC Boss
By El Hunt
Get Even More From Bustle — Sign Up For The Newsletter