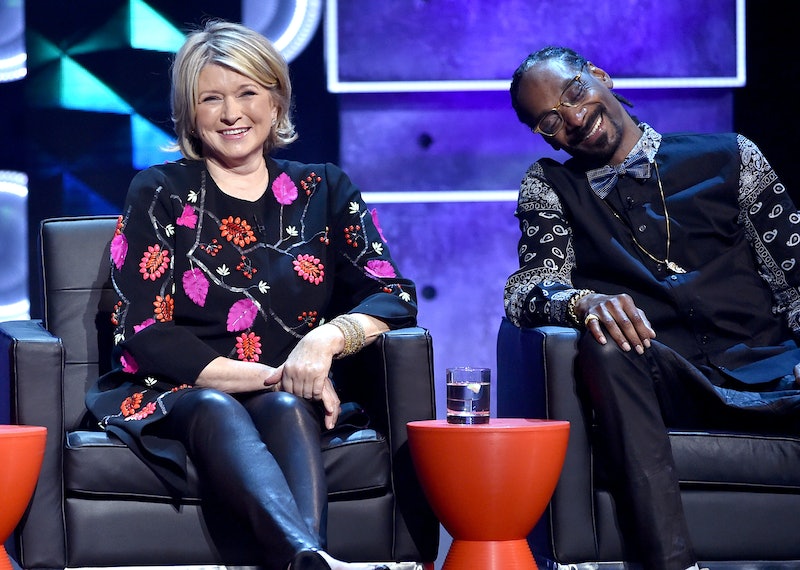 The Comedy Central Roast of Justin Bieber has a cast of the usual suspects: Snoop Dogg, Ludacris, Chris D’Elia, Natasha Leggero, Jeff Ross, host Kevin Hart, and more. It’s all pretty much who you expect to see on stage at one of these things — the only real new addition is Saturday Night Live newbie Pete Davidson. But there’s one name on the roaster list that has Twitter kind of confused: Why is Martha Stewart at the Justin Bieber roast?

Sure, she’s been to prison (if you could call the country club she decoupaged and crocheted in while serving her time in for insider trading a prison) and was under house arrest (a trait that she shares with a few people on the panel), but Stewart’s age, business ventures, and fan base don’t at first seem to have crossover with Bieber’s fan base or the Comedy Central roasters. So why invite her? Well, my friends, there’s a lot more to Martha Stewart than meets the eye. She may have a staid, stoic look about her, but inside those designer button downs (I hear she gets them at the same place Ina Garten does, but don’t tell her I said that) is a wild animal just looking for a party. Here are a few reasons why Stewart is at the Roast of Justin Bieber.

Um, duh. Everyone knows that M-Stew and Snoop D-O-double-G go way, way back. The two made holiday brownies together on her show, for God’s sake. Snoop probably called up Stewart and asked her for some Bieber-crushing support.

It’s Part Of Her Parole

We all know Stewart went to prison (and they’ve made innumerable jokes about it tonight, since it’s the low-hanging fruit when it comes to Stewart), and since she is remarkably rich and famous, deigning herself to attend this roast had to have been a requirement of her parole. Martha, we all know that you are better than this.

Maybe Hart placed a big order of Stewart’s percale cotton sheets and they all went bad. Stewart couldn’t replace them, so she’s doing this roast as a favor.

Why do you think Martha is at The Roast of Justin Bieber? It could be simpler than we thought: maybe she just really hates Justin Bieber.