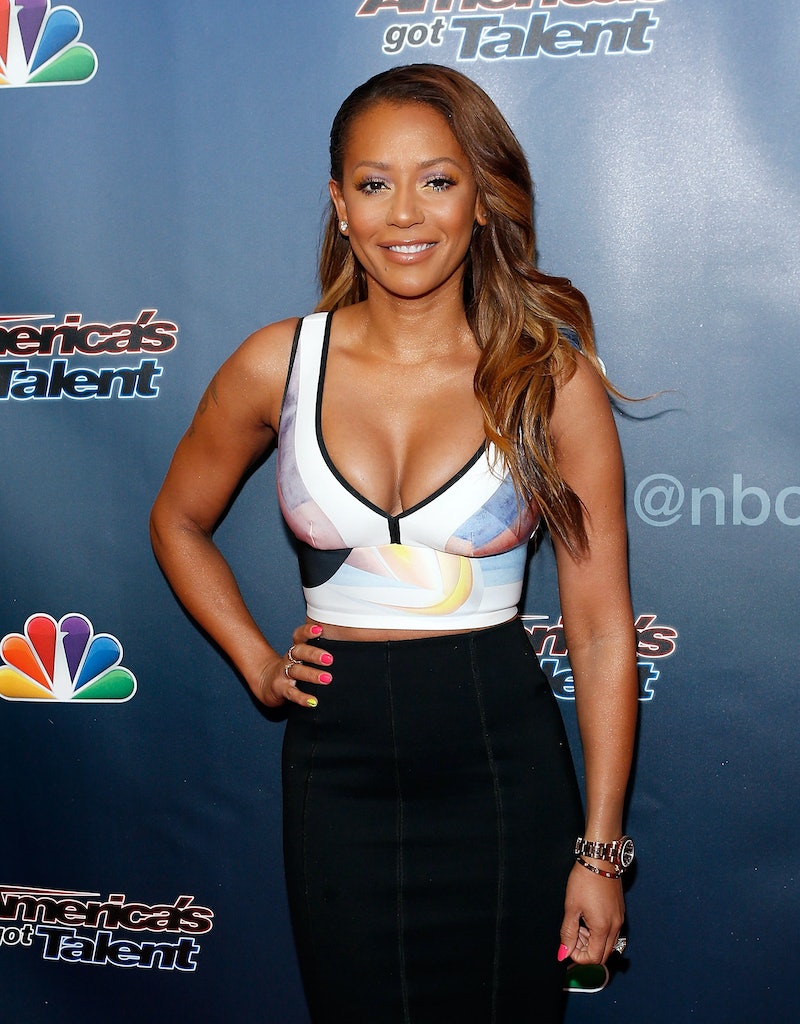 I knew there was a reason Scary Spice was always my favorite. On Tuesday, Melanie Brown, aka Mel B, chatted about the Spice Girls with HuffPost Live. According to the former girl band member, she, Geri Halliwell, Victoria Beckham, Emma Bunton, and Melanie Chisholm, are closer than ever. Not only are they great friends, but they are also sisters. Who else is running to grab their Spice Girl CD to jam to the tunes that all inspired us to be strong females? Yep, me too.

We're like sisters. We get on one minute. We scream, fight, and argue. Then we have a cup of tea together and tell each other how much we love each other.

Basically, their "girl power" is an unbreakable bond, right? As Brown said, "We're five girls who launched something pretty incredible — girl power — and spread our music. And we're still good friends to this day."

Now, for those who have no idea what Brown means by "girl power," or if you're simply too young to even know who the Spice Girls are (*shakes head*), when the Spice Girls were topping the charts back in the '90s, their catchphrase was "girl power." Not only was it something they believed in, but it was something they used to inspire their fans, especially young girls.

To know that their bond is stronger than every and that "girl power" is something on their minds, especially Mel B, well, it makes me beyond happy.

Also, Brown wants everyone to know that their friendship and sisterhood will never be torn down by haters, because of their strong ties and, of course, the "girl power" they embrace. They "constantly [support] each other," including when Brown wears dresses from Beckham's line from time to time. She couldn't be more proud of the "incredible empire" Beckham has built.

See? Even though the Spice Girls are no more, they're still supporting each other, and inspiring old fans and new in 2015. I always knew these five women would remain relevant.